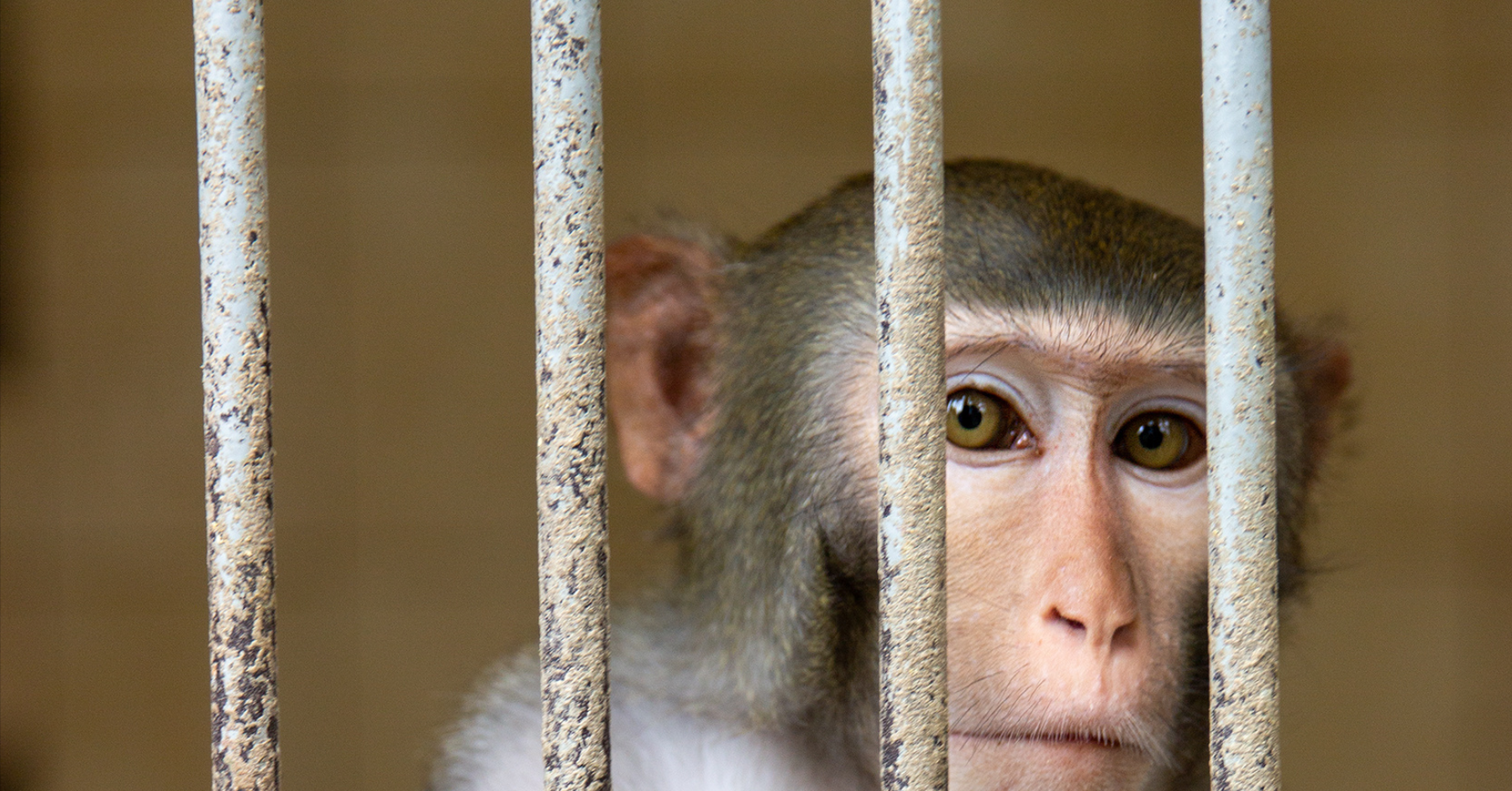 All Macaques Deserve to be Free

While their small, barren, metal cages are sanitized, nonhuman primates are often forced into plastic and metal contraptions straight out of a horror movie. Euphemistically termed “restraint chairs” by the animal research industry, these devices are intended to immobilize monkeys by their necks, to force them to be still and to allow humans to do whatever they wish to and with them.

But, many primates forced into these devices refuse to remain still. Just like humans held captive, they seek to escape, to break free.

Research laboratory records document that primates will fight so hard to get out of the restraint chairs that they forego breathing. And, for some, this is how their last moments are spent.

Within a four-month period at Inotiv, the largest private supplier of primates to U.S. research labs, two male macaques died while in restraint chairs – the furthest cry from the freedom of the wild they likely enjoyed only a few weeks before.

Macaques are the most traded primate in the world because of their use in research, and many are stolen directly from their native homes.

In November 2022, Inotiv was implicated as a key player in an international primate smuggling operation, which poached wild macaques from Cambodia (including those living in national parks and other protected areas), labeled them as “captive bred”, and sold and shipped them to research facilities. Thousands of them were transported to the U.S. (the world’s largest importer of primates for medical research) and, once within the U.S., to Inotiv (which generated approximately $140 million in 2022 revenue from primates imported from Cambodia).

It follows as very plausible, if not likely, that the two macaques who died in restraint chairs were among the smuggled victims: both monkeys were identified as having been shipped to Inotiv–one in a group of 34, and the other in a group of 82–shortly before their deaths.

All macaques are wild animals, regardless of whether they were raised in captivity.

The focus on exported macaques’ sources of origin stems from the most global consequence of their exploitation: their status as members of an endangered species. As such, the emphasis on their designations as “captive bred” has everything to do with legality and nothing to do with suitability for life as a research subject. That is to say, macaques bred in captivity are no more well suited for human research than those born in the wild.

They are all wild animals. As laboratory veterinarian Larry Carbone writes: “[Nonhuman primates] offer no loyalty, beg no mercy. ‘Keep your hands off me’ could well be their motto.”

And, all macaques deserve to be free.

Macaques’ exploitation in laboratories serves no benefit, for they do not and cannot serve as predictive models for humans. The science is clear. But, even for those who still believe that “monkeys make valid human models”, writes former nonhuman primate researcher John Gluck: “…it makes sense to treat them as humanlike in their emotional complexity and self-awareness.”

So, think about how you would feel if you were kidnapped from your home; reduced to a number, a tool to be used by and for others; manacled by a tight collar around your neck that makes you unable to use your arms to protect your head and face; and forced to choose between surrendering your will or resisting with your last breaths.

It’s time to shut down this broken system but this won’t happen without you by our side. Please join us by signing up for emails below.