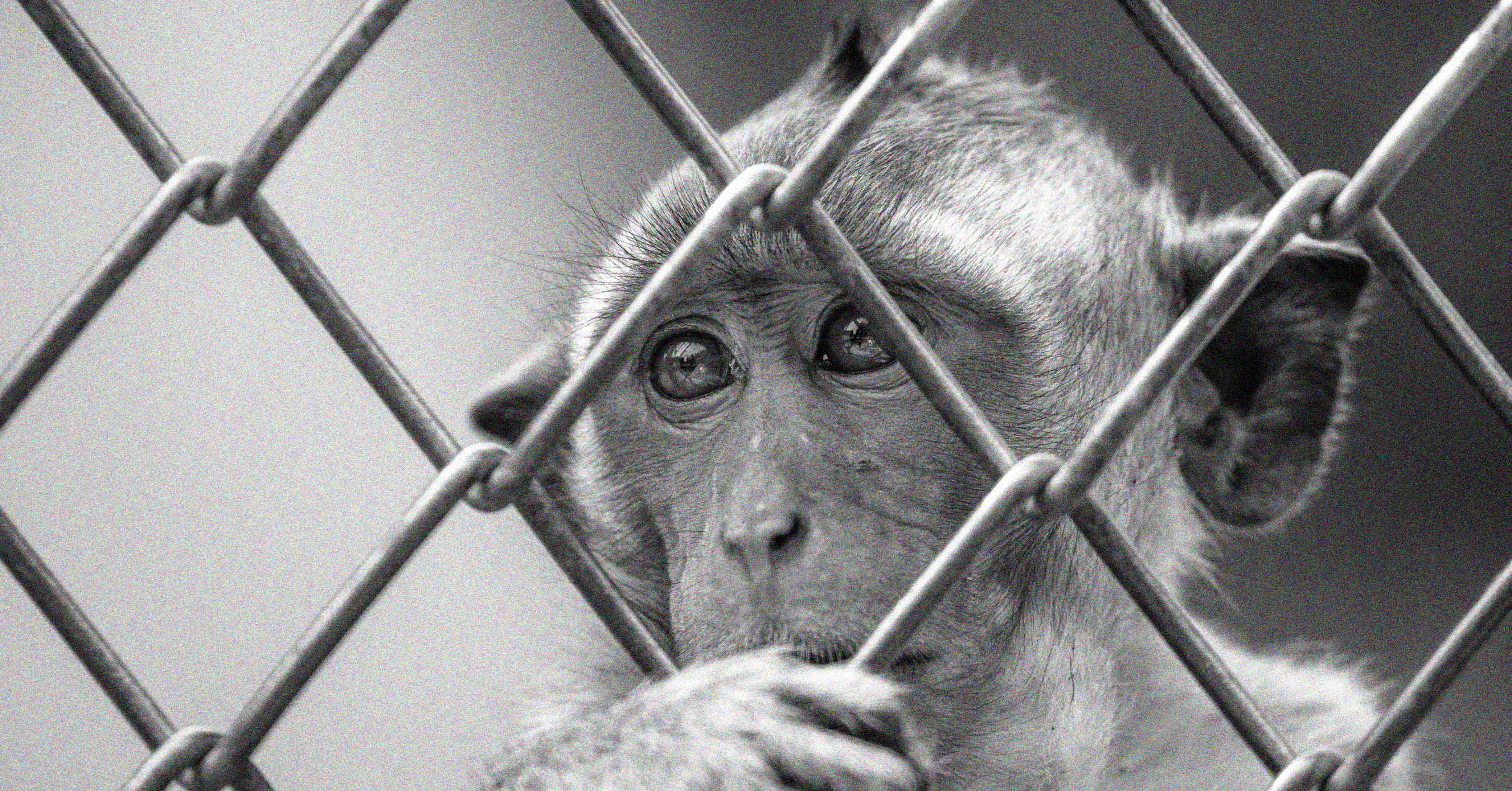 During Helen’s time at the University of Louisiana’s New Iberia Research Center, one of her co-captives seized a momentary opportunity and escaped.

Just like Helen, the escapee had been born at the Center—born a captive to be exploited exclusively for human interests—but this didn’t stop him from dreaming of freedom. Or fighting for this dream.

He is not alone. In fact, research laboratory records are filled with determined, purposeful, and despairing acts of non-human resistance, including recent NIAID records that detail the death of a non-human primate, who, after being infected with tuberculosis, escaped his cage, crawled up into the HVAC system, and refused to come down despite researchers’ varied attempts at luring him. He asphyxiated to death while he peacefully resisted his captors, who sealed the room and flooded it with carbon dioxide.

Escape is but one means by which non-humans display resistance to human control and abuse.

Another way is by fighting back against the humans who hurt them. Reported incidences of this are abundant, and recent examples include:

Non-human animals also resist by helping one another, actions so common among non-humans used for experimentation that even institutions like the NIH cannot deny that non-humans experience complex emotions, including empathy.

In 2011, the NIH released findings that rats intentionally, diligently, consistently, and selflessly freed other rats from restrictive tubes. Other studies have found that rats, among the most frequently exploited in the name of scientific research, will shirk their conditioning by researchers to push a lever to receive a high value treat immediately upon recognizing that their pushing of this lever harms another rat; and that rats will forego their most favorite treat to save another rat in distress.

It is high time we join non-human animals in resisting their confinement, exploitation, abuse, and killing.

Indeed, as writes John Yunker, “[i]n the end each act of resistance gives us a moment to resist in kind.”

Please, right now, take action for animals in labs. Join us in rising against animal experimentation. The FDA Modernization Act 2.0 is a bill which, if passed, would loosen the requirement for non-human animal use in research. This bill recently passed the Senate and is heading to the House. Urge your legislators to support this life-saving bill. Do it for Helen.