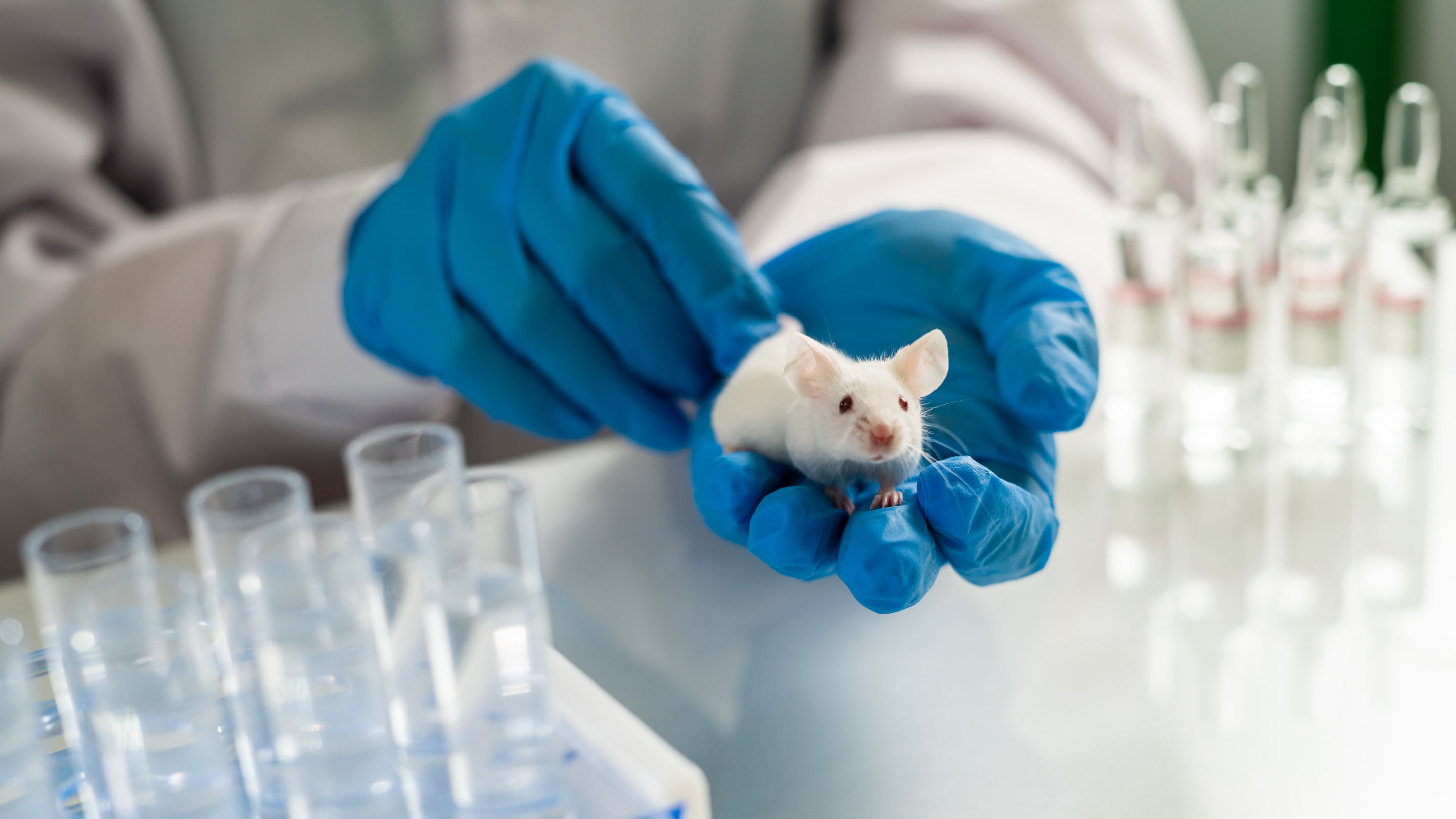 A disgruntled scientist squeezed the life out of seven pregnant mice. You’ll never believe what happened at a renowned teaching hospital in Boston—

Records recently obtained by Rise for Animals reveal the brutal killing of animals at Tufts University.

“The unauthorized researcher…admitted he caused the loss…to negatively impact [another experimenter’s] research.”

You read that right. In an act of sabotage, this scientist applied pressure to a pregnant mouse’s neck. He dislocated the poor animal’s spinal column from her skull or brain. He killed her—

“Not known if [the pregnant mice] were anesthetized.”
—From the initial report to the Office of Laboratory Animal Welfare

Before the scientist walked out of the laboratory that day, he tossed the lifeless bodies of his victims into their cages.

One member of the Tufts team reported the violation to the U.S. National Institutes of Health, calling for swift action: “Call police.”

Records do not indicate the police were ever called. Instead, the scientist was fired from Tufts University. He’s no longer their problem. As you read this, he may be working at another lab, torturing more helpless animals.

Our government’s Office of Laboratory Welfare called the killing “an unfortunate incident.” They said they are “satisfied that appropriate actions have been taken.”

As an animal lover and protector, are you satisfied?

Torture is not science.

Cutting open animals by phone light and leaving surgical instruments in animals’ bodies is not science. Enough is enough.

“I am an animal lover for science!”

Call on the research community to advance better science and more effective cures for all—at the expense of none.