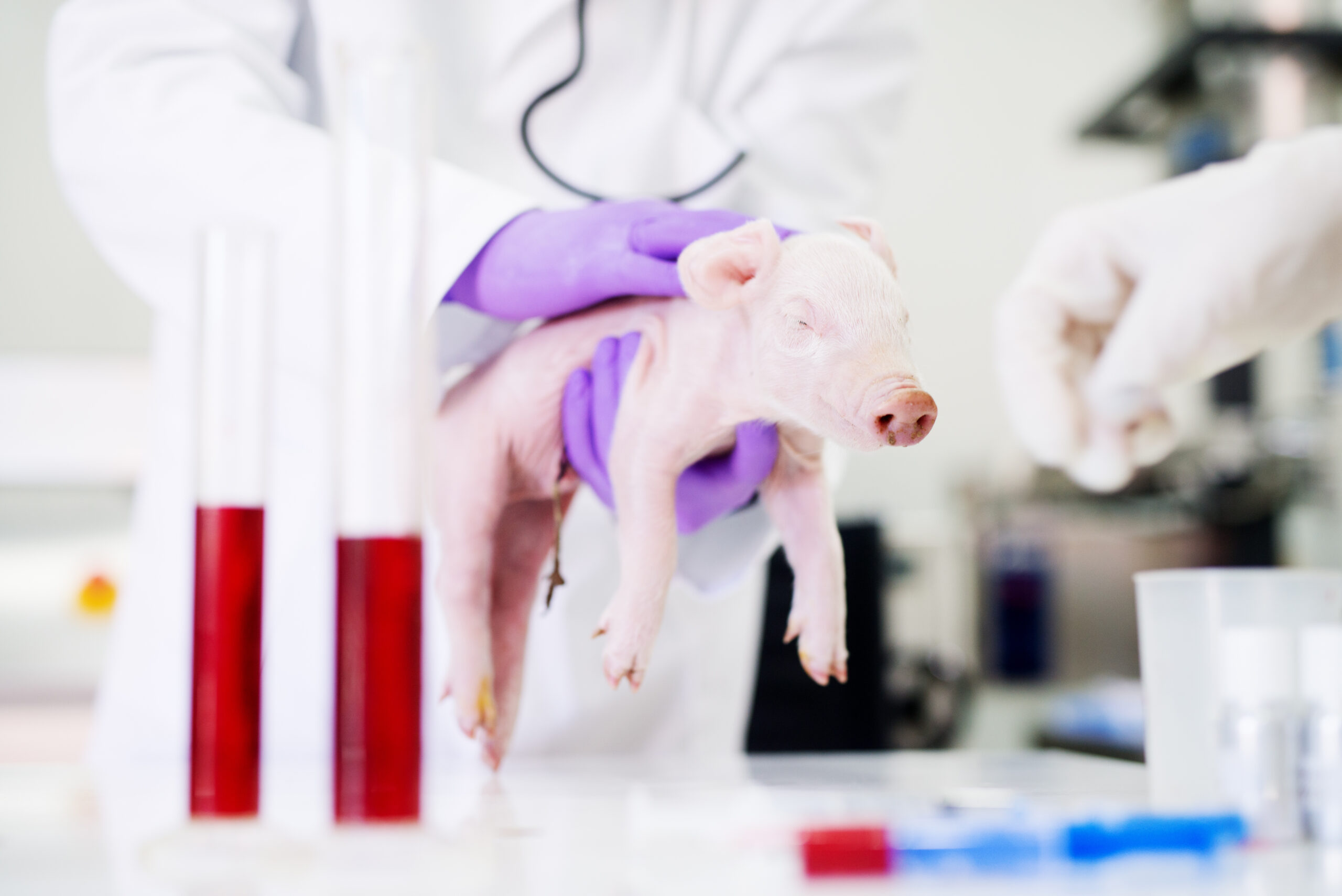 Last week, a medical team completed the first successful transplant of a genetically altered pig’s heart into a human patient at the University of Maryland Medical Center.

While we all can appreciate that this patient, 57-year-old David Bennett, has a renewed chance at life, we cannot ignore the dire issues his heart transplant represents for animals.

The transplant of one living pig’s beating heart may once have symbolized a dystopian future. But that future has arrived. We now live in a world where countless animals will be genetically modified, bred, and killed for the harvest of their organs. Harvesters will regard these animals as soulless meat while calling their slaughter live-saving sacrifices.

In animal-to-human transplants—like in all animal-based experiments—thinking, caring, feeling animals have no say in the use and abuse of their bodies.

Before this goes any further, we need to change the direction of biomedical science. Fast.

We believe human-specific research will find more cures for human disease than animal-based experiments ever will.

Beyond the concerns of ethics, biological mismatch is the inherent flaw of all animal experiments that are intended to solve issues of human health. A pig, a monkey, a dog, or a mouse will never be a biological match for a human. Expert scientists agree with us.

A decades-long shortage of human organ donors is what spawned researchers to look elsewhere for transplant solutions, leading them to experiment with organs taken from animals and given to humans. This practice, known as xenotransplantation, became a real possibility only recently with the pig heart now beating in David Bennett’s chest.

The organ donor shortage is a crisis of human health. But there is a clear solution, one that both helps humankind and respects animals’ autonomy.

While wasting animal lives by experimenting with unnatural, cross-species transplants, scientists have been ignoring the best solution for both humans and animals. It’s obvious: more Americans must become organ donors.

According to the U.S. Health Resources & Services Administration, a single human organ donor can save up to eight people’s lives.

Currently, 106,647 American men, women, and children are on the national waitlist for organ transplants. Every ninth minute, another person is added to the waitlist.

17 Americans die every day while waiting for a viable human organ that never became available.

Instead of allowing scientists to steal animals’ organs, let’s all do our part to save lives.

Your simple, selfless act is one that could save the lives of countless humans and animals. If you’re not already an organ donor, please sign up right now.

Save Lives: Become an Organ Donor