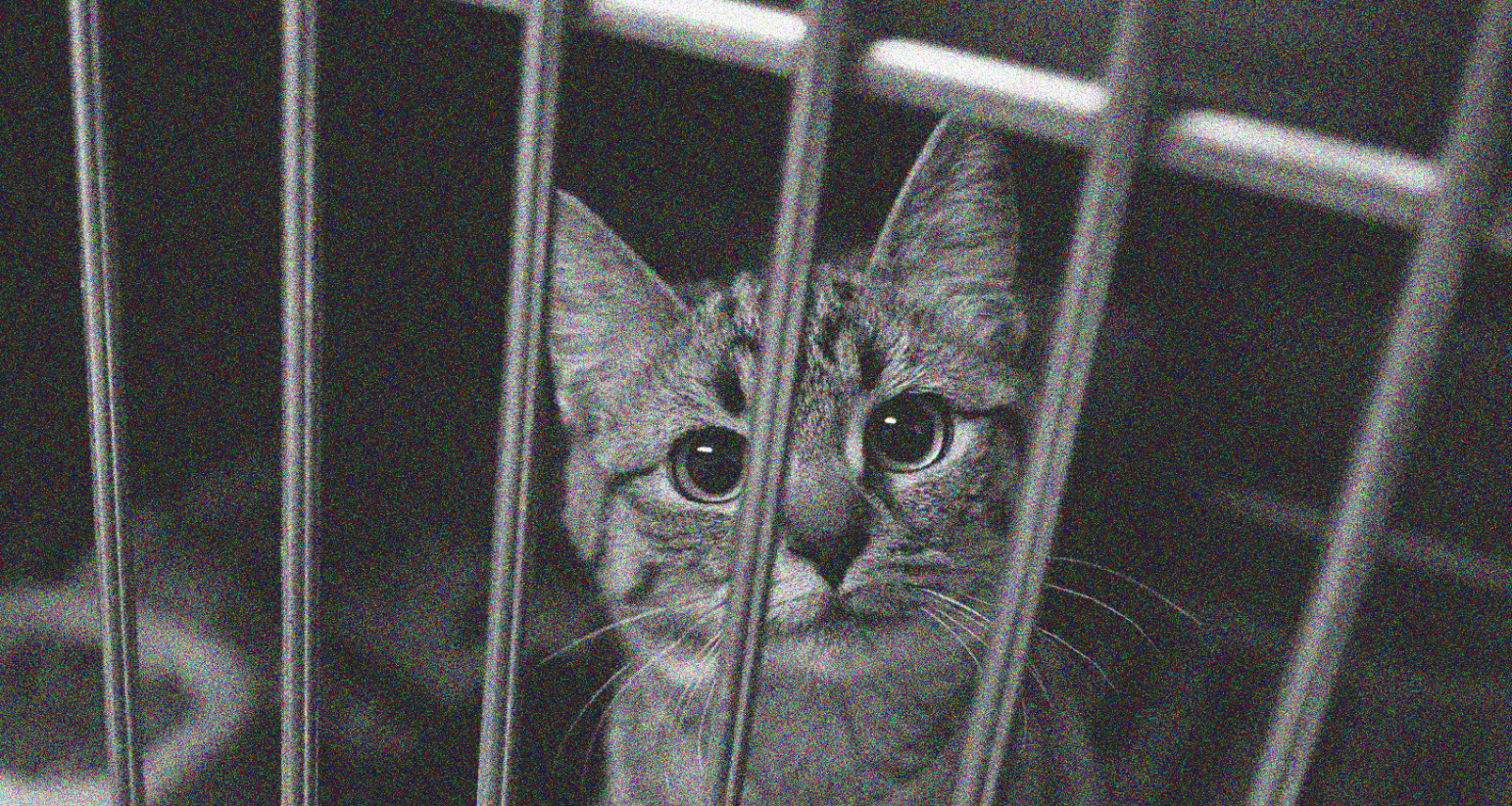 Amazing news! You may remember hearing from us about outrageous experiments at the University of California, Irvine in which kittens—bred and warehoused for sale to labs—were purposely made deaf. They had electrodes placed in their brains, were deprived of food, left alone in cages, and then killed and discarded like trash when they were no longer needed for testing.

The lab made no effort to rehabilitate or find loving homes for these otherwise healthy kittens.

In the end, nothing—no scientifically-relevant achievement—was gained from this massively wasteful and egregiously long, brutal research.

Reaching out to you and other animal lovers about the UC Irvine kittens was key to our strategy to bring much-needed attention to this secretive, taxpayer-funded horror.

After more than 35 years, UC Irvine has shut down their kitten deafness study, cause for celebration on many fronts.

It will save the lives of hundreds of kittens who would’ve experienced an excruciating life of confinement, isolation, confusion, and pain in the deafness lab.

This milestone is also evidence of a changing tide in the scientific community—one that is no doubt influenced by a rapidly growing public sentiment against animal testing. More and more people now understand the truth that animal testing doesn’t work—and they are making themselves heard. That’s what makes our work so effective—your ongoing support is so meaningful.

There is no time to waste while animals suffer in labs.

Today, I hope you will consider making a special year-end gift so we can have the resources we need in the coming year to continue our targeted campaigns against animal testing—including cats in yet another disgraceful and shocking study we uncovered at UC Irvine.

Now a different lab at UC Irvine is purchasing healthy cats, drugging them, and placing electrodes under their eyes, near their ears, and on their tender whiskers to stimulate nerve impulses.

Because of support from you and other generous people like you, we have obtained documents that outline UC Irvine’s project methods and justification of their use of these innocent cats. The experimenters try to justify the pain they inflict with statements like “Cats have a facial neuromuscular system similar to that of humans…with more defined facial musculature.”

It is both ironic and tragic that these so-called intelligent scientists never consider that the similarities between these beautiful cats and humans don’t end with facial structure—that their test subjects are sentient, living beings who experience fear and loneliness, and desire affection and attention just like humans.

Worse yet, time and time again animal studies have been shown to be poor determinants of outcomes on humans, leading to ineffective or unsafe human treatments.

But despite the misery they cause and their ineffectiveness, these horrific studies on animals continue—likely because of ignorance and unwillingness to change.

This is where you come in.

Together, we can stop this study and bring an end to animal testing once and for all—but we need your help. Please make a gift today to help us put a stop to what’s happening to these cats and so many other animals trapped in labs.