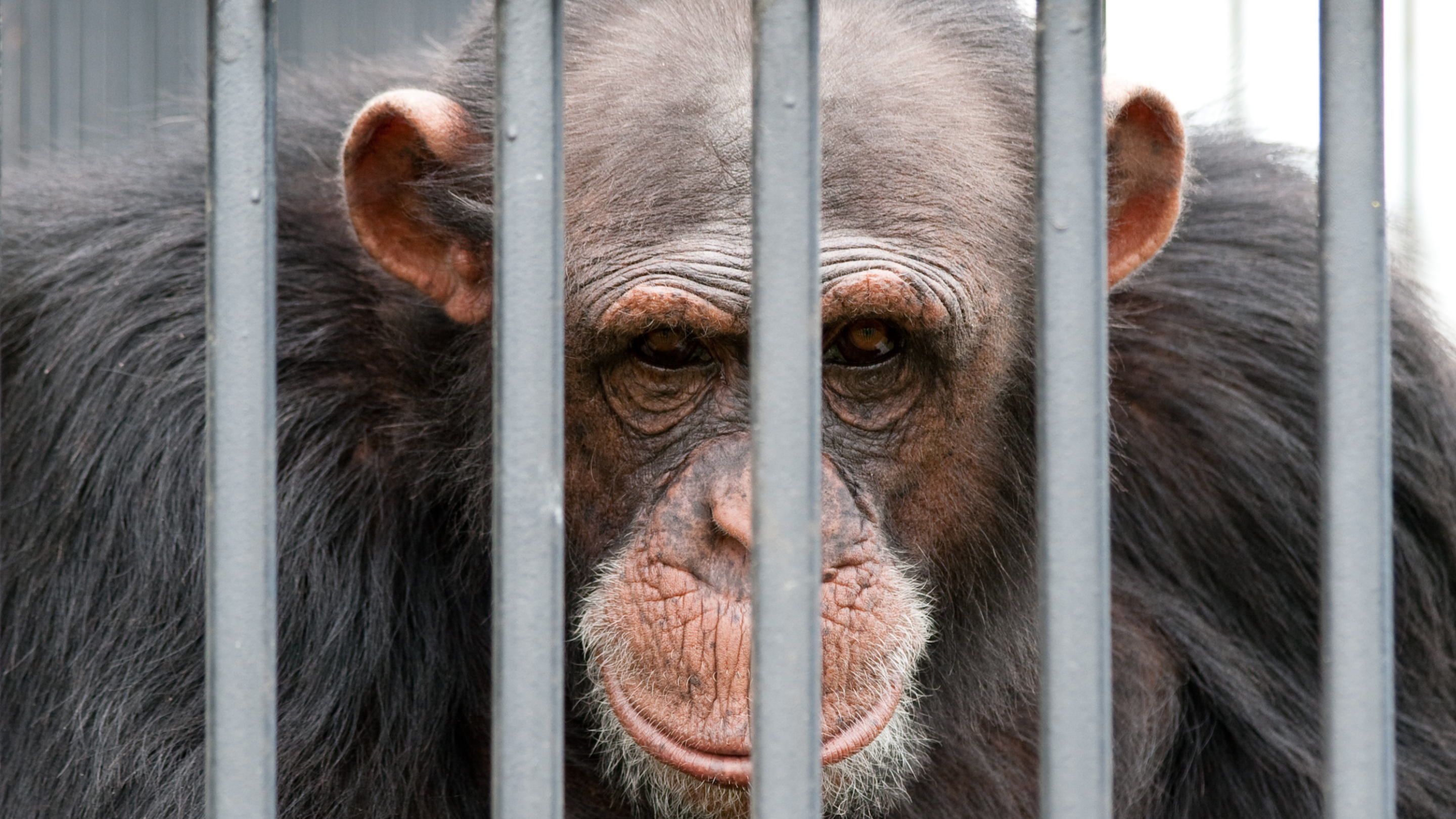 Today the Office of Laboratory Animal Welfare (OLAW)—part of the National Institutes of Health (NIH)—doubled down on their historical resistance to transfer chimpanzees out of research facilities to a proper sanctuary where they can live less stressful lives.

In short, OLAW argued today in a statement that the chimpanzees’ welfare is precisely the reason the chimps can’t be transported outside of a lab to sanctuary.

In 2000, Congress passed the CHIMP Act, which created a statutory responsibility for NIH to retire chimpanzees formerly used in research. Fifteen years later, the NIH announced an end to invasive experiments on captive chimpanzees and said the move would make these animals “eligible for retirement.”

After five years of obvious resistance from OLAW, Congress stepped in. Earlier this year Congress called out NIH for failing to retire the chimpanzees to sanctuary:

“NIH Chimp Retirements to Chimp Haven.—The Committee is aware that NIH has a statutory duty under the CHIMP Act (42 U.S.C. 283m) to retire all surplus chimpanzees to the national sanctuary system, and NIH’s stated plan to now keep the chimpanzees at Alamogordo Primate Facility (APF) instead of moving them to Chimp Haven goes against the intent of Congress. While NIH cites the health condition of the chimpanzees as a reason to warehouse them at APF, it is because of their health and long history of laboratory use that makes it urgent they be provided an opportunity to live the remainder of their lives in sanctuary, even if for a short period. This is not only a concern about chimp welfare, but also taxpayer spending. …Therefore, recognizing the best interests of both the chimps and taxpayer costs, the Committee strongly encourages the NIH to resume transport of all APF chimpanzees to Chimp Haven no later than November 1, 2020 and complete by May 15, 2021…

Predictably, the NIH is arguing that the chimpanzees’ health is the reason they can’t be transferred to a more humane retirement setting. Here are the key parts of today’s OLAW statement:

“The Director, OLAW has determined that transporting chimpanzees assessed by the facility veterinarian and the NIH Veterinary Panel to be significantly compromised by disease or exhibiting difficulty maintaining quality of life would be a violation of the AWA regulations, and therefore, the PHS Policy.”

“It is the OLAW Director’s further determination that the frailest chimpanzees must remain in their current location in keeping with the regulatory requirements of the AWA and the PHS Policy, and in the interest of each animal’s welfare, health, and social grouping.”

While it’s unclear how many chimps NIH will argue are too damaged to be transferred to sanctuary, the fact pattern underlying this issue drives our concern that NIH will use this as an excuse to continue their basic opposition to giving chimpanzees a shot at a decent life in a proper sanctuary.

NIH has a long history of sabotaging the spirit and intent of animal welfare efforts generally, and their behaviour has been particularly toxic when it comes to non-human primate retirement. Consider the perspective of a leading expert in this field:

“NIH never seemed to hesitate to ship chimpanzees back and forth between research facilities for biomedical experiments, but when a proposed transfer is to a sanctuary, which would benefit only the chimps themselves, NIH conveniently invokes animal welfare principles as a reason why they can’t make the transfer. “

It’s important to note that the underlying claim that NIH even reviewed these chimps medical records is itself farcical. After all, the NIH panel that made the health recommendations never saw these chimps in person, and only read records that were distorted and discordant.The records even misidentified the sex of the chimps, among other glaring deficiencies. Since the NIH Panel never conducted a proper review, any health assessment they’re claiming underlies these decisions lacks any credibility.

Ultimately, today’s statement from NIH represents their doubling-down in opposition to the health needs of these chimpanzees, the animal welfare community, and even Congress itself.

Please join us in asking OLAW to reconsider this obvious hypocrisy with regard to chimp welfare and to work as diligently to transfer these animals to sanctuary as they did when transferring chimps between research institutions.