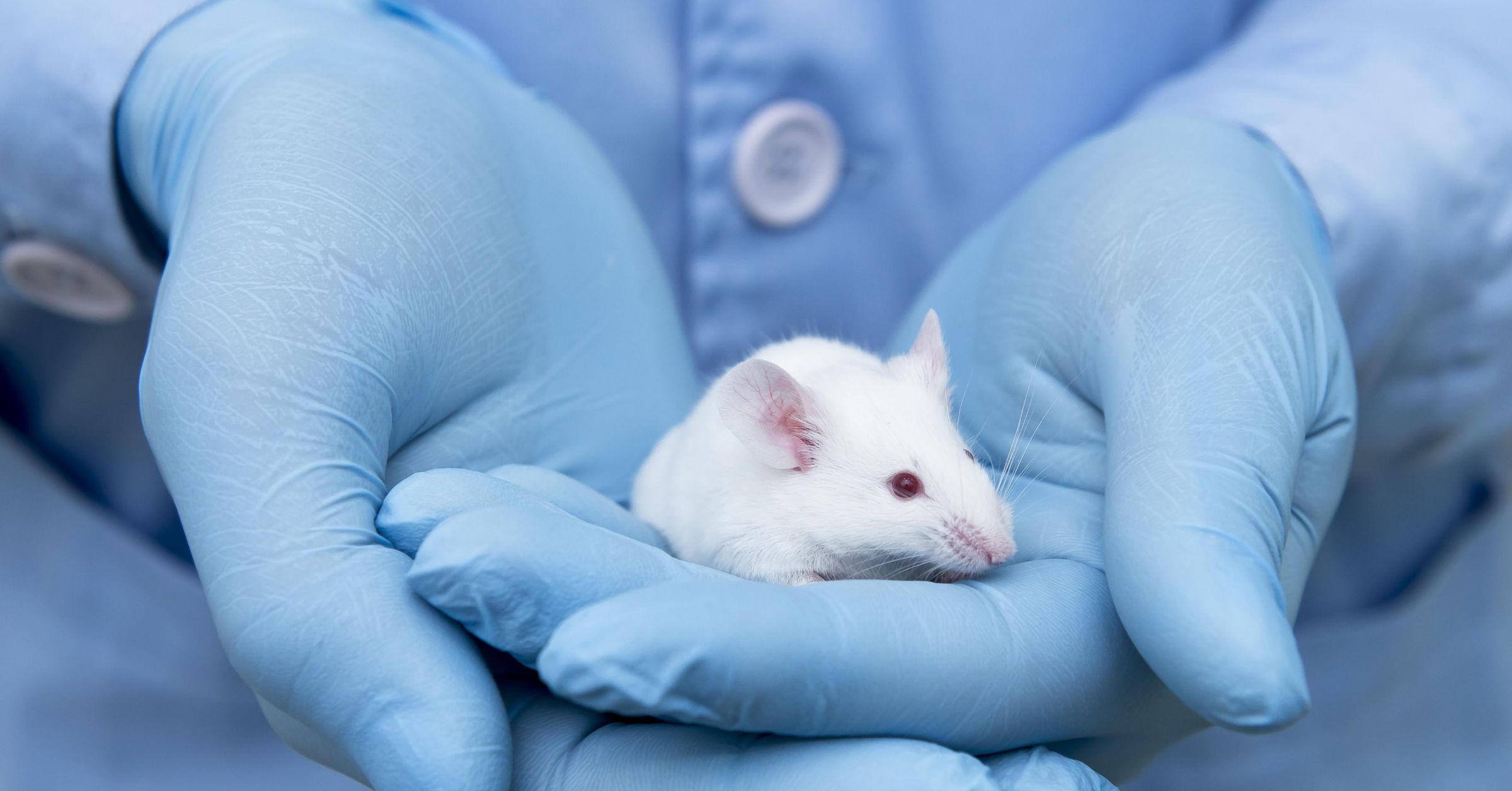 The Mouse Who Died in My Hands

I was working in an animal lab. My job was to check cages of mice and rats to make sure they had food, water, and were still alive. It was an ordinary day as I walked from room to room, each confining thousands of small animals.

I remember one room specifically. It was smaller than the others. The aroma filling the air was a build-up of fecal matter and urine from animals confined in too dense of a space, but that wasn’t unique to this room.

Shelving units tightly crammed the room and each held hundreds of mice packed into individual plastic shoe-box sized bins. I moved from left to right and began checking each cage one-by-one.

After a couple rows, I spotted a small mouse who wasn’t moving much. I slid the cage out from the shelving unit and set it on a metal examination table. She was curled up in a corner and one tiny hand with light colored nails pressed against the side of the clear wall. She was lethargic, and her hair was frazzled. She needed help. I alerted the veterinarian who said he would come check on her in a few minutes.

While waiting for the vet, I scooped up the shivering mouse and held her close to my chest. She was warm, but her little hands and feet felt cool through my latex gloves. Her hair was brown and lighter tones highlighted her face and oversized floppy ears.

Cradling her delicate body, I couldn’t help but think about her life. She spent every day in that tiny box at the mercy of whatever the researchers decide. Nothing to do, nowhere to go.

Within a few minutes, her breath became shallow and her mouth propped open ever so slightly. She scooted herself near the wall of my cupped hand, and I wrapped my fingers closer to her body. Her eyes, sunken and glassy, softly looked into mine and, in a second, I watched the life leave them.

She was gone. Her breaths stopped, her heart no longer beat, and the life behind those little eyes disappeared.

I had never had someone die in my hands, and an overwhelming amount of feelings consumed me. I fought the tears filling my eyes. My throat became instantly dry. And the glands underneath my chin felt like they had burst into golf balls. I closed my eyes and turned to face the wall, still clutching the little mouse. The vet would be coming soon and, as an undercover investigator, I couldn’t let my emotions be seen.

The knock on the door triggered my jaw to clench so tightly that I felt my teeth grind. I wasn’t ready to face him, but I had to somehow put on a stoic face that wasn’t there. I turned toward the door as the vet began to twist the handle to the room.

“I think she died,” I managed to get out, wondering how puffy my eyes looked and knowing he heard the crack in my voice.

He examined the mouse from my cupped hands, confirming that she had indeed passed away. Then he left the room. It was my job to put her into a plastic bag and move her into the dead cooler—a walk-in closet-sized cooler that stored all deceased animals from the lab. It was not uncommon for this cooler to be packed with hundreds of dead animals each week.

The thought of putting her still warm, soft body into a plastic bag filled me with disdain. But I had no choice. I held her in my hands for a little longer, stroking the top of her head down to the base of her tail. “I’m sorry,” I whispered.

The amount of remorse I felt in that moment is something I still feel today. I’m sorry for what her life was and what it wasn’t. But at the same time, there was a faint glimmer of gratitude and a sense of peace for her.

I don’t know how much pain and suffering this little being endured, but to the lab she was disposable. Throughout her whole life, likely no one even cared that she existed. But I cared and I was able to be there for her. I was able to wrap her in comfort in the final few moments of her life. I was able to show her that there are people in this world who do care. Who cared for her life and who wanted her life to be different. To be better. To be more.

I gently kissed the top of her forehead, took a deep breath in, and then said goodbye.

Although I can’t change the story of this one little mouse, together we can make a difference for the countless animals who are suffering right now inside animal research facilities.