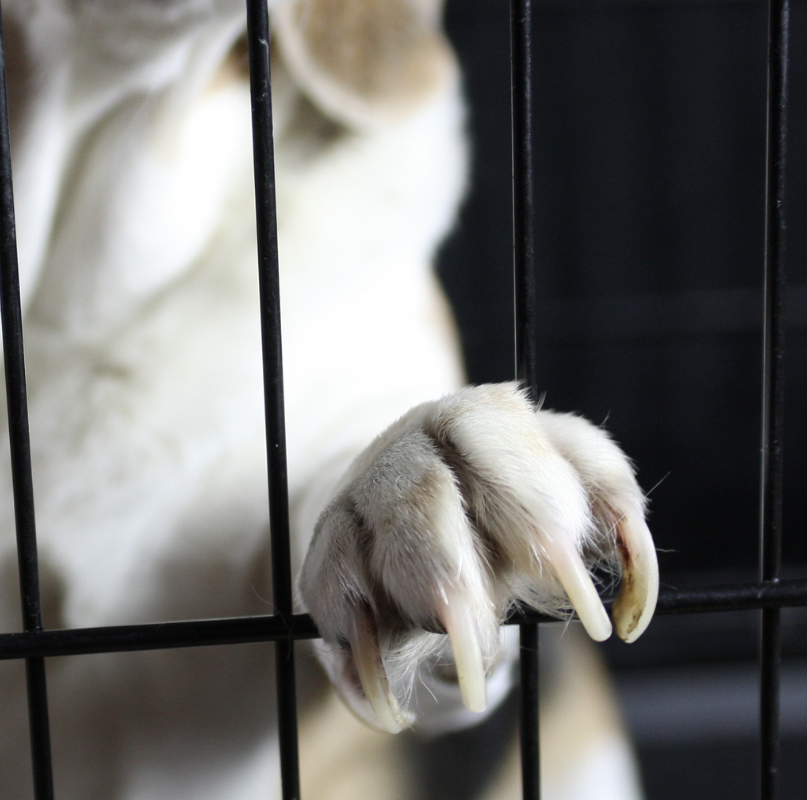 Earlier this year, experimenters at Purdue University decided they wanted to inject a particular compound into dogs.

When the experimenters discovered they failed to obtain enough of the drug to conduct the experiment, they decided to attempt to create the compound themselves. They did that—didn’t test it at all—and they killed three dogs with it.

Stunningly, an investigation revealed that the substance Purdue made and injected was 97% unknown even to them. Think of that—they know they killed these dogs with something they injected, but they don’t even know what that thing was. That’s how little consideration Purdue gives these dogs. They couldn’t even be bothered to confirm that the substance they attempted to create was, in fact, what it was supposed to be.

These three dogs suffered slowly from February 25th to March 3rd, when they were euthanized. This never should have happened.

We’re asking Purdue to enact a reform that will ensure this doesn’t happen again: to commit to fully phasing out all invasive experiments on dogs. After all, Purdue has reduced the number of dogs they use in Column D experiments by 70% since 2016, and that’s all the more reason they should finish the job and fully phase out cruel, invasive dog experiments.

We asked Theresa Mayer, Vice President of Research, at Purdue University to put an end to cruel tests on dogs. Now we need your voice to join the chorus.