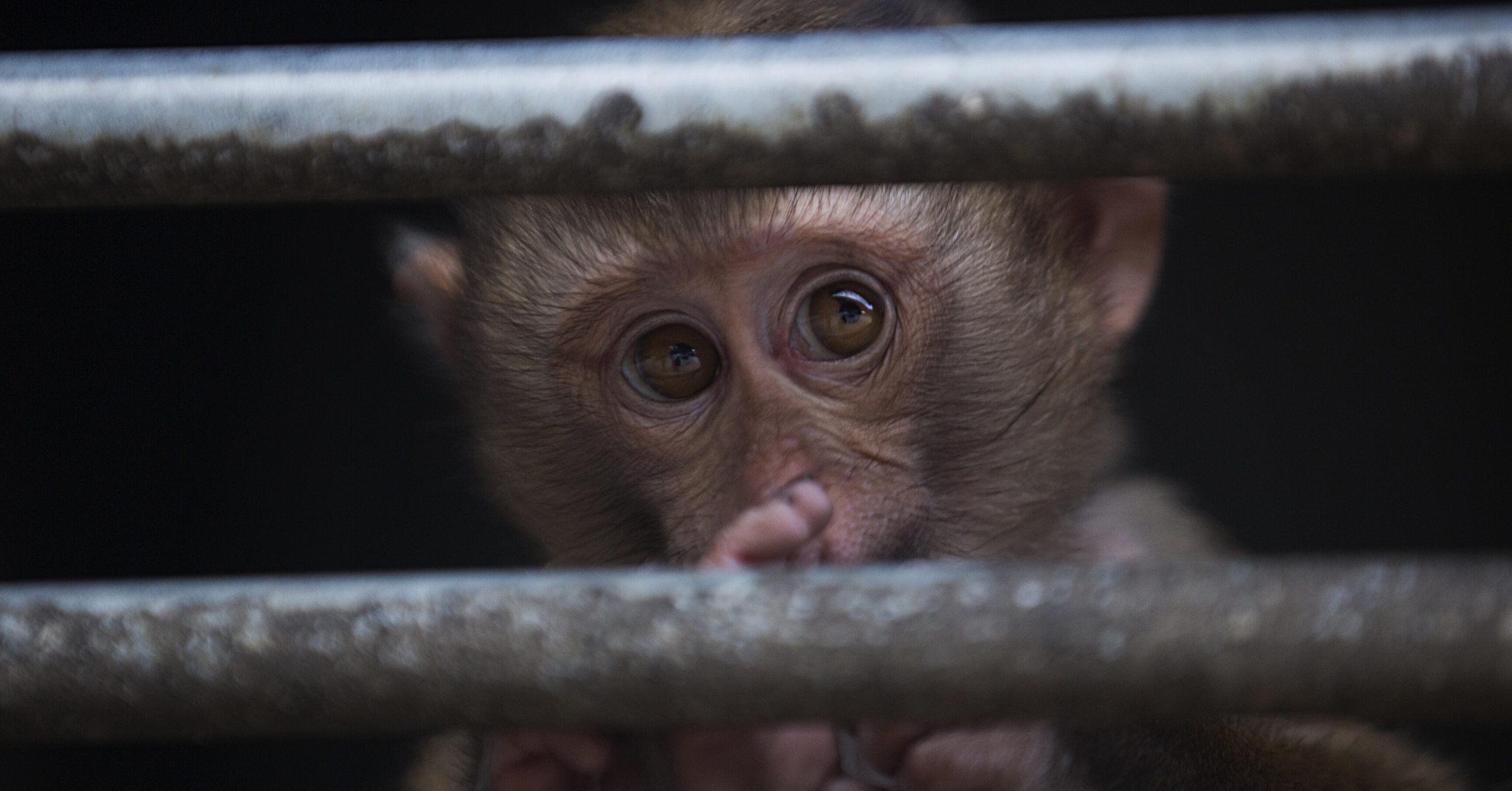 A window into one of the worst experiments

As a lover of animals, a parent, and a human being, I am both heartbroken and outraged after reading about an experiment on baby monkeys at Emory University. I share the details here in hopes it will awaken an uprising of my fellow animal-lovers—we need to speak up to ensure this never happens again.

Researchers in Atlanta, GA ripped infant primates away from their loving, protective mothers within the first two days of their lives. Then they forced these babies into cages with dangerous strangers—adult “foster mother” monkeys with known histories of infant abuse.

The researchers’ goal was to purposefully subject baby monkeys to physical abuse and neglect, like…

“Dragging the infant by its tail or leg, crushing it against the ground, sitting/stepping on it, throwing it.”

A mother repeatedly pushing an infant away or preventing it from eating.

Welcome to the horrific world of animal experiments focused on “violence” and “infant mistreatment.” Researchers spent $3.5 million of your taxpayer dollars to test this monstrous theory:

If they put babies in high distress, it can change the way their brains work and negatively impact their lives.

For three months, lab workers in observation towers looked down and recorded the horrors of these baby animals in excruciating pain.

“Rates of infant scream vocalizations . . . were quantified,” says one report.

“Scratching, body shaking . . . were used as indicators of anxiety.”

These descriptions seem criminal. Where is the compassion and humanity? What kind of person hurts babies like this?

I think of my 17-month-old sleeping peacefully in his room upstairs, wrapped warmly in safety and love. Every creature deserves this comfort.

Friends, the horrible truth is that these little monkeys were systematically tortured for years. These experiments are completely legal. And what happened next will shock you.

Step 3: Tying them down and forcing cocaine into their veins

These poor, traumatized monkeys were held captive until they were four years old—that’s when they were bound and forced into the next brutal phase of the experiment.

It wasn’t enough to abuse baby monkeys by damaging their minds. Researchers wanted to see if the harmful effects of this trauma lasted until adolescence. And if these monkeys became more likely to abuse cocaine.

You read that right.

Here’s a heartbreaking list of injustices these monkeys had to endure:

If you have the stomach for it, you can read more about the grotesque experiment here.

Take Action to Protect Baby Monkeys: While we can’t undo the suffering of these poor young monkeys, we can say,
“Not again!” You have the power to stop this cruelty. Tell Emory University to end painful, invasive experiments on primates.