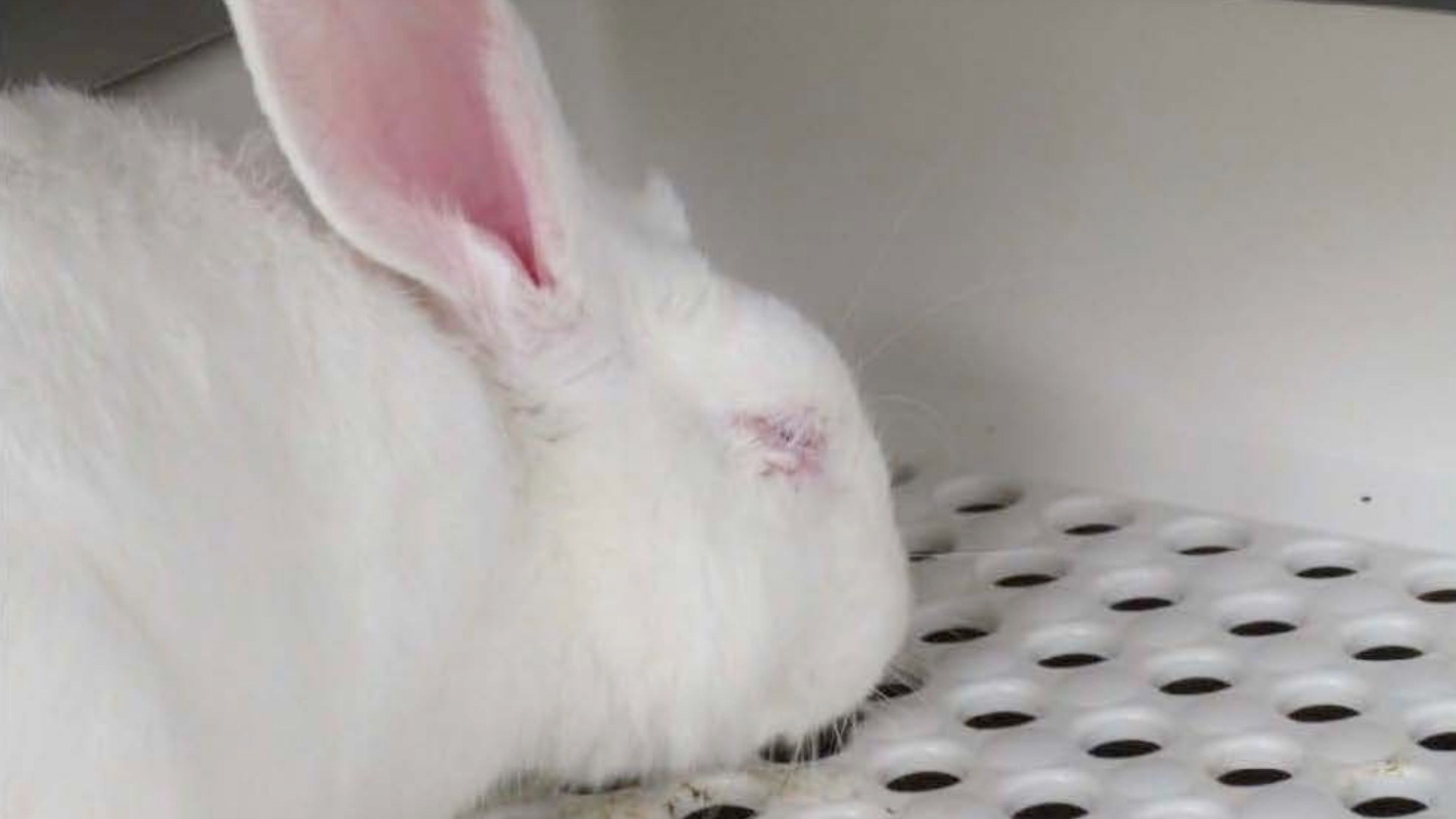 Take Action for Rabbits at Vanderbilt

A rabbit’s soft, snow-white head and paws are restrained. Her eyes, held forcibly open with clips, are pierced and injected by giant needles. Post-procedure, she is returned to a barren cage, her eyesight ravaged. No pain relief has been or will be administered. She sits, alone, like this for days, confused by her new blindness—this sudden theft of one of her trusted senses.

Of all the rabbits subjected to such cruel experimentation at Vanderbilt, not one had any say in the matter. Though sentient beings, researchers at the university see them only as submissive research subjects.

Rabbits 113325, 113327, 113329, 113330, and 113331 are prisoners at Vanderbilt University where experimenters injected retinoblastoma cells—eye cancer—into their eyes. After, the rabbits were returned alone to their cages for observation by researchers who, over days, monitored the ocular damage.

The rabbits could not even eat on their own due to their distress. They lost weight and stayed hunched in the corners of their cages. At no point was the misery of the rabbits relieved.

A coincidental inspection and its ensuing reports have revealed this ruthlessness

By complete coincidence, APHIS inspected Vanderbilt University while these rabbits suffered—the only reason for the photographic evidence you see here. No one outside of the study would ever know of these rabbits and their pain if not for this chance inspection.

Rabbits’ eyes are not the same as humans’ eyes

Rabbit eyes are very sensitive, especially compared to human eyes. They have much thinner corneas. Their eyes distend in a way that increases their ability to widely observe their surroundings. Rabbit eyes also do not produce tears the same way as humans. This makes it difficult for them to wash away any foreign objects in their eyes. The sensitivity of their eyes makes rabbits a target for researchers.

But there is a fundamental flaw in all research based on rabbit eye tests: rabbits and humans are divergent species. Today there are many alternatives to vivisection. For eye research specifically, there are cell cultures, computer models, corneas from eye banks, and organs-on-chips. All alternatives would produce accurate research results without the needless suffering of rabbits.

Despite medical treatments that could have helped these rabbits to live on under the care of loving adopters, they were likely killed at the end of the experiment.

My heart has joined the Thousand, for my friend stopped running today.
—Richard Adams, Watership Down

We know you agree: How could anyone force a rabbit into social isolation? Or purposefully cause her psychological distress and physical pain? Tell Vanderbilt: End Painful Experiments on Rabbits.