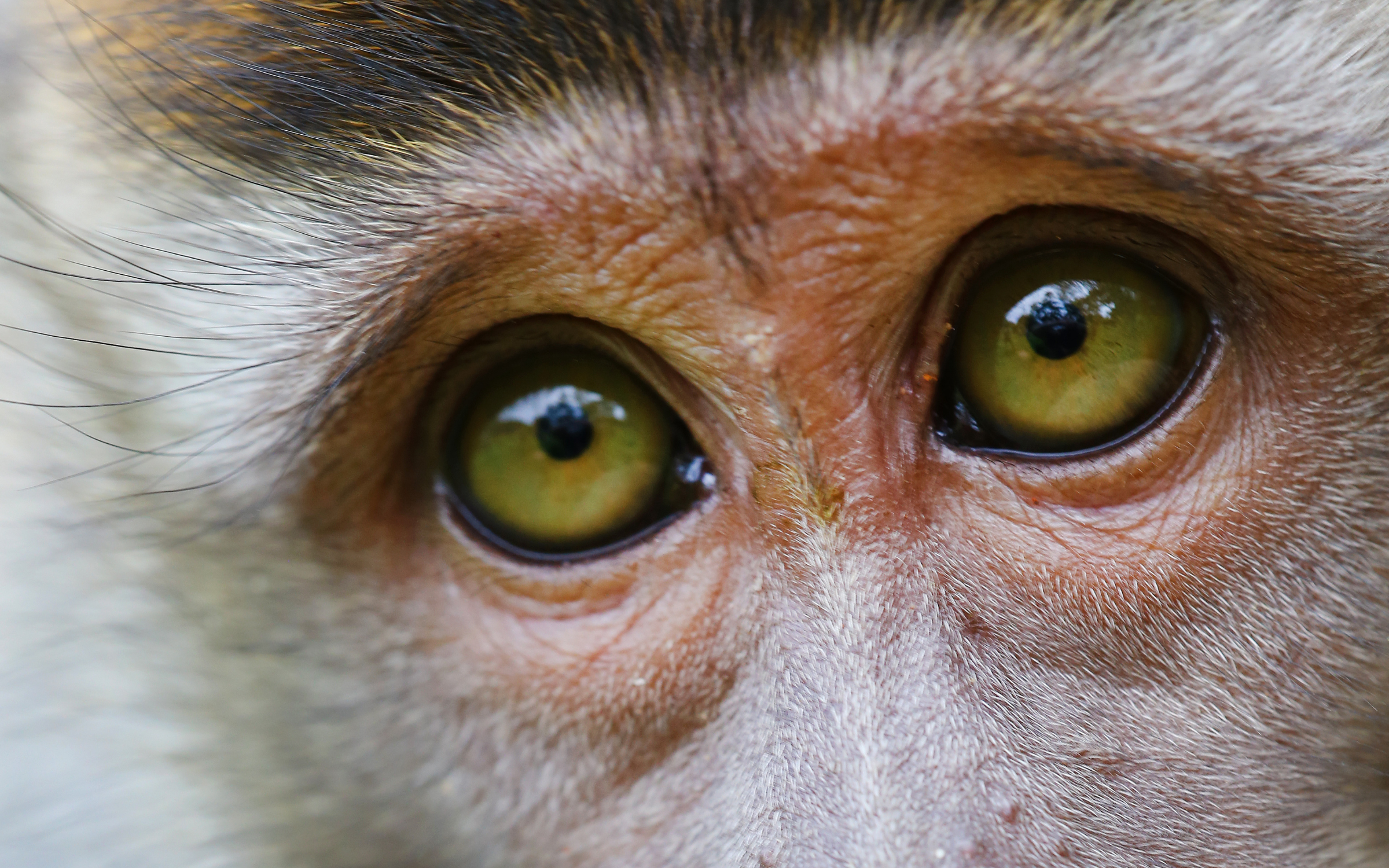 Helen’s life started and ended tragically, as a research subject–as a number–at the University of Louisiana’s New Iberia Research Center. After being born to a mother who, suffering from her own enslavement, abandoned her, Helen spent 12 years inventoried as a human resource and confined to a cage. We are left to imagine the specifics of what was done to her in the name of human research, but we know that she spent the last year of her life battling severe, chronic, and unrelenting dermatitis. Her hair fell out; her skin inflamed, scabbed, cracked, and drained. Then, she was killed, her life ending in the same institution that had robbed her of her freedom and autonomy from birth. The same institution that had viewed her not as a sentient individual but, rather, as a number, readily and immodestly reflected by the ink used to brand her skin.

In 2021, an estimated 113,457 nonhuman primates–113,457 Helens–were confined to U.S. laboratories, thereby sentenced to lives of physical and psychological suffering for, we’re told, our benefit. But, the truth is, no one benefits from this paradigm.

Despite the FDA’s requirement that nonhuman animals be subjected to human research efforts, there are no research studies that show nonhuman primates to be appropriate “models” for humans; and, unlike what is commonly assumed and suggested, nonhuman primates are simply not more predictive of human responses to drugs and diseases than other nonhuman animals. They live, suffer, and die at human hands while nonhuman animal findings translate to humans less than, at best, 8% of the time and while 96% of drugs that pass animal tests fail to help and/or actively harm humans.

We are hurting nonhumans and, thereby, we are hurting ourselves. Not just by betraying any morals we claim to hold of beneficence, fairness, and justice, but also by squandering the vast resources that exist to help heal our bodies and our minds–billions upon billions of dollars, alongside untold potential.

Let Helen’s face stay with us, a vision of the immense, unseen harms we allow to befall nonhumans.

Let us grieve for what we as a collective have done and continue to do to all of the Helens we have exploited in the name of our own benefit.

And, let us be called to rise for the actual benefit of nonhumans and humans alike–for the meaningful, ethical, and scientifically valid advancement of science–in charting a new course forward.

The FDA Modernization Act 2.0, which would loosen the requirement for nonhuman animal use in research, passed the Senate and is heading to the House. Show your support now. Do it for Helen.