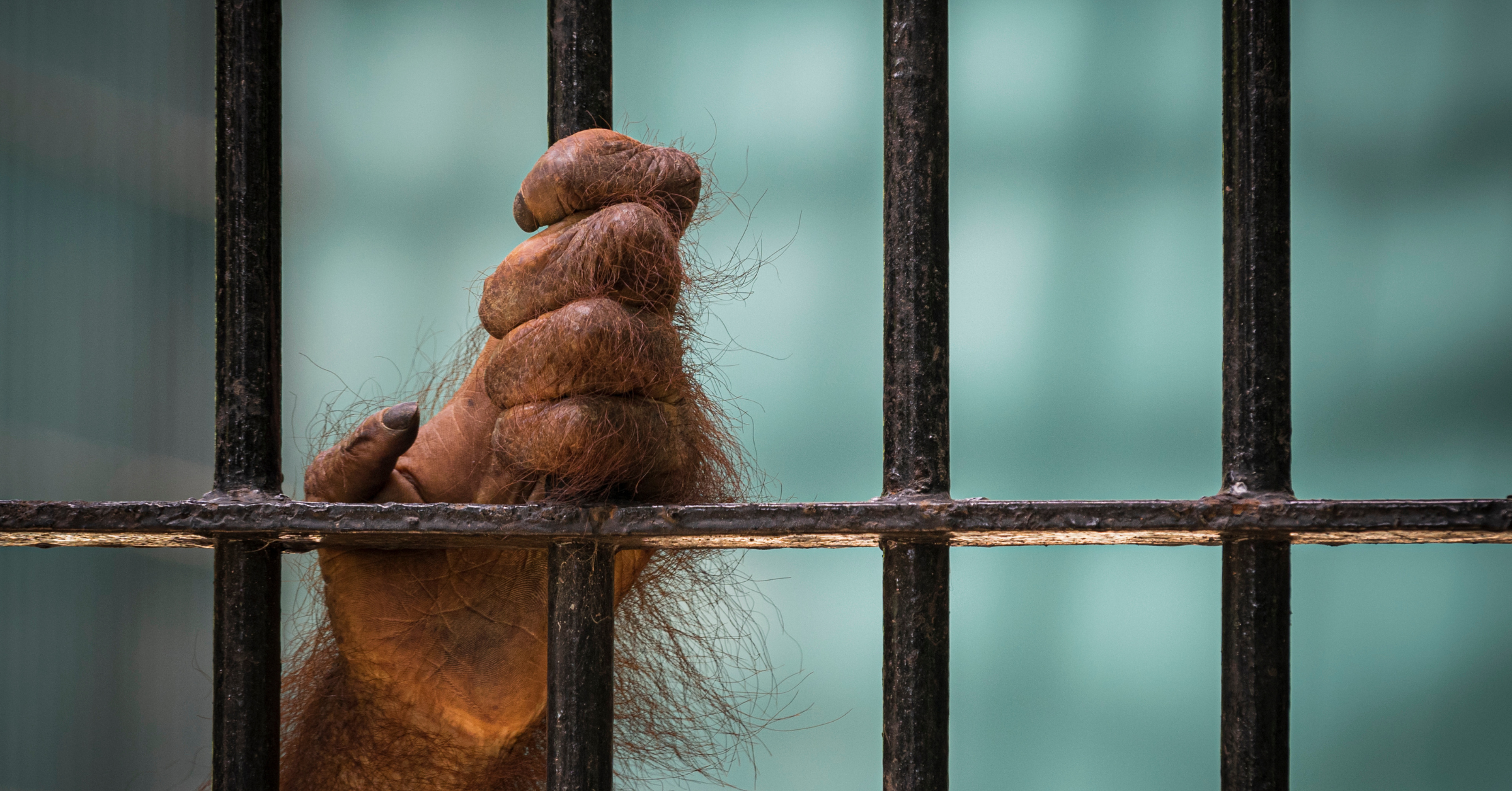 There exists extensive evidence that holding nonhuman animals captive—prisoners of the artificial and restrictive environments created by humans—causes them immeasurable harm.

Species-typical behaviors are thwarted and replaced by abnormal behaviors. Moms, like Helen’s, abandon their young.  Individuals engage in self-harm, as did many of Helen’s co-captives, who were treated for “trauma”-related injuries incurred while housed alone. And many individuals, like Helen, become ill in body, or in mind, or in both.

Incarcerating nonhuman animals in laboratories benefits no one, except the institutions and researchers who profit therefrom.

“Cages sensitize our animals so they readily succumb to whatever we do to them”, writes animal researcher and Harvard Law School visiting fellow Garet Lahvis.

But at what cost? In addition to compromising caged animals’ emotional wellbeing—and, perhaps, because of this—Lahvis explains that laboratory housing significantly exacerbates developmental challenges and mental illnesses (such as dementia, stroke, anxiety, and depression) and causes hypersensitivity to physical illnesses (including wounds, infections, cardiovascular diseases, and cancers). “Their susceptibility helps [researchers] publish papers,” writes Lahvis, but it comes at the cost of compromising scientific validity: “These illnesses might flourish in animals only under the unnatural caged conditions that make life not worth living.”

What do researchers do with this knowledge? Consider more ethical, scientifically sound alternatives to nonhuman animal experimentation? No, they do not.

Instead, researchers keep doing what they’re doing, using (and exacerbating) the suffering of nonhuman animals to their advantage. For example, recent research studies that rely on nonhuman primates self-administering addictive drugs deny these animals any environmental enrichment because doing so would reduce their inclination to voluntarily take drugs. They would be less depressed—less hopeless and emotionally defeated, perhaps—and that would be bad for profitable research that relies on primates choosing to manipulate a lever to receive drugs (and continuing to do so even when the lever sometimes electrically shocks them, instead). The research will break their body but, first, the researchers break their minds.

Join us in rising against animal experimentation. The FDA Modernization Act 2.0, which would loosen the requirement for nonhuman animal use in research, passed the Senate and is heading to the House. Show your support now. Do it for Helen.