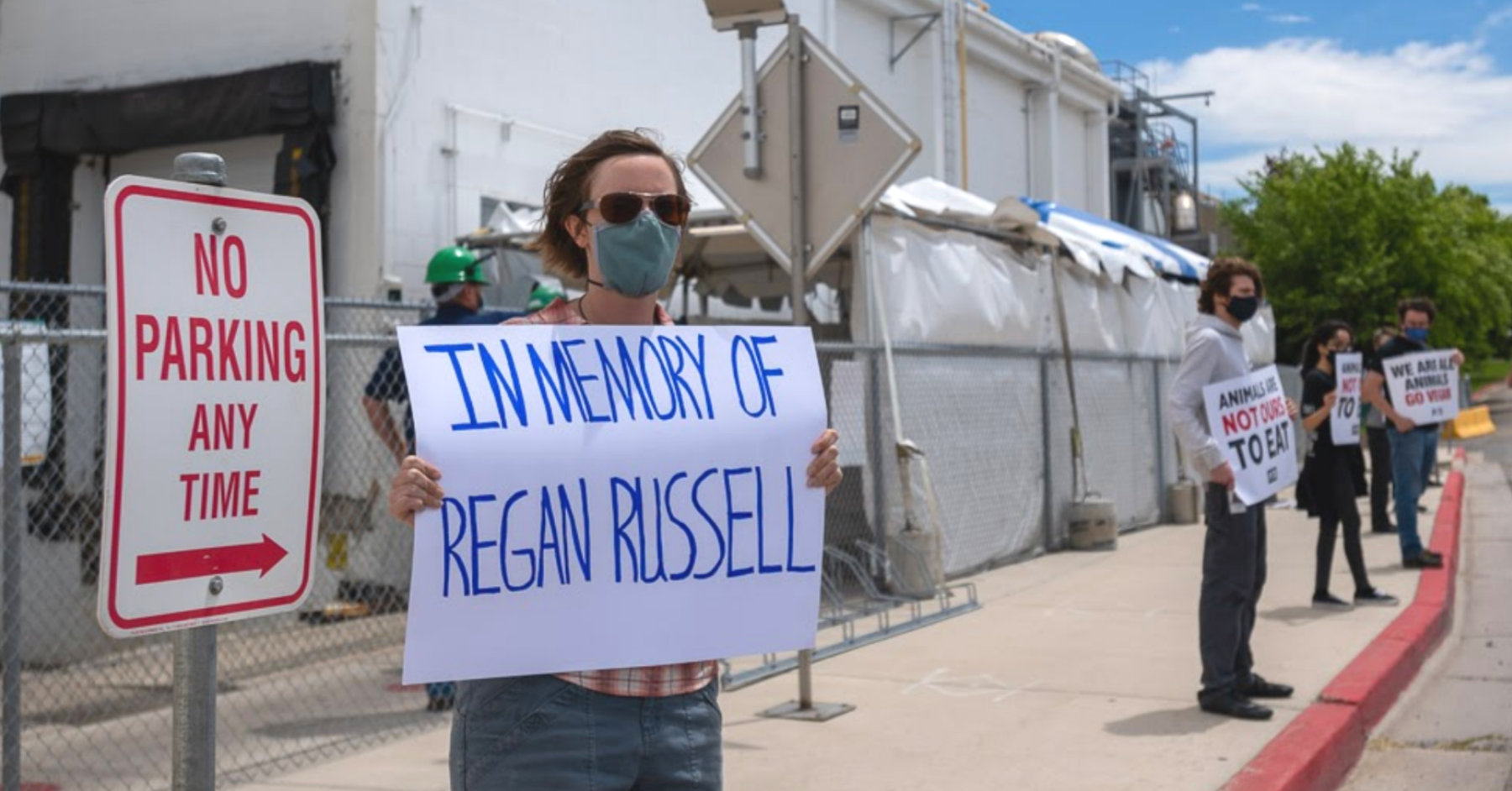 Reflection From the Grassroots

There’s an uncomfortable truth about grassroots activism: this work can put us in danger.

On Friday, June 19th, activists in Toronto gathered to bear witness to pigs being trucked to Fearman’s slaughterhouse, the largest pig slaughterhouse in Ontario. Bearing witness is a strategy used by the Animal Save Movement to look injustice in the eyes. Groups of activists come together outside slaughterhouses and watch as semi-trucks stuffed with animals are hauled to their death. By bearing witness, you see animals for the individuals they are, and become empowered to fight for a world where they are no longer treated like objects.

Activists have held vigils at Fearman’s for years, often met with hostility despite their peaceful message and approach. On this day, the hostility turned to violence. A semi-truck driver hauling pigs to the slaughterhouse ran over and killed Regan Russell, an activist at the vigil.

Regan was a beloved activist in Toronto whose activism started in the 1970s. Every week, she attended vigils at the Fearman’s slaughterhouse. One of the earliest campaigns Regan was involved in was against painful experiments on baboons at the University of Western Ontario. After seeing the footage of the baboons in the lab, Regan said,

“Once you open that door as to what is going on, it is a world of shock.”

As people who fight for animals in labs, you and I know exactly how she felt.

Regan dedicated her life to making the world a better place—for all.

Anita Krajnc, fellow activist and founder of the Animal Save Movement, said, “She supported Black Lives Matter, Indigenous rights, and she was an intersectional vegan who understood the importance of equality in terms of racial justice and in terms of animal equality.”

Regan’s dedication to fighting for equality, justice, and liberation resonated deeply with me when I read Anita’s reflection. It’s critical that as activists we don’t limit our scope to just non-human animals. We must fight against all systems of oppression and injustice.

In recent weeks, I’ve heard from several activists who are feeling spread too thin, or fearing they might burn out. These are legitimate feelings, and burnout is real. But Regan proves that it is possible to fight for numerous causes for decades. She was undeniably a special, powerful activist. It’s okay if we don’t take action the same ways Regan did, or as often as she did. But let Regan inspire you, to continue to fight for all who are oppressed. Continue doing something.

“I don’t know if it does any good, but I know doing nothing does no good, so I’m doing something.”

I always find inspiration from the doers, and I’ve seen a growing number of them as activists around the world are organizing vigils and protests in Regan’s memory. Even Joaquin Phoenix attended a vigil in Los Angeles.

Regan’s father, partner, friends, and fellow activists are holding powerful vigils and events right where she was killed. I cannot comprehend the bravery of these individuals. Showing up anywhere when you’re grieving is hard enough. Standing where Regan stood requires tremendous emotional strength.

I attended a protest in Regan’s memory last week in front of a slaughterhouse in Utah. The JBS slaughterhouse is in the small town of Hyrum, 80 miles away from Salt Lake City. It’s been in the news recently for a massive COVID-19 outbreak that prompted workers to protest the unsafe conditions.

I knew I had to go. I had to stand in solidarity with activists around the world bearing witness in Regan’s memory. I had to have the painful experience of looking into the eyes of animals who were crammed into trucks and hauled through the hot summer weather without any water. Even if only a couple of us were able to take time off work and safely travel during the pandemic, it was important.

I expected 3 people to protest that afternoon. But we started with 9, all friends I had not seen since before the COVID-19 shutdown began in March. Then a mom and her son arrived. Followed by activists from a nearby small town. And still more kept coming, driving straight from work as soon as they could leave, until there were more than 20 activists lined down the street of the slaughterhouse.

We breathed in the stench of the cows’ death. We looked into their terrified eyes inside a semi-truck as it drove past us and up the driveway to the slaughterhouse. We connected with workers who are emotionally drained every day and afraid they will contract COVID-19 at work.We did it together, and that’s what makes vigils and protests empowering.

We knew we wouldn’t bring justice for Regan or achieve animal liberation that afternoon. But with enough people taking bold and collective action, we can spark the right conversations and inspire each other to dream bigger.Like many of you, I never had the privilege of meeting or working with Regan.

The more I read about her now, from friends and fellow activists, the more I’m amazed the person she was. But I do know her passion—I see it in the hearts and actions of animal advocates like you across the country. I know that, together, we can keep fighting for the world Regan wanted to see.We all can do something. What is the one action you can commit to doing?

Make a commitment, and hold yourself accountable. Take action in loving memory of Regan. Need help getting started? Learn more on our Activism Skills page.