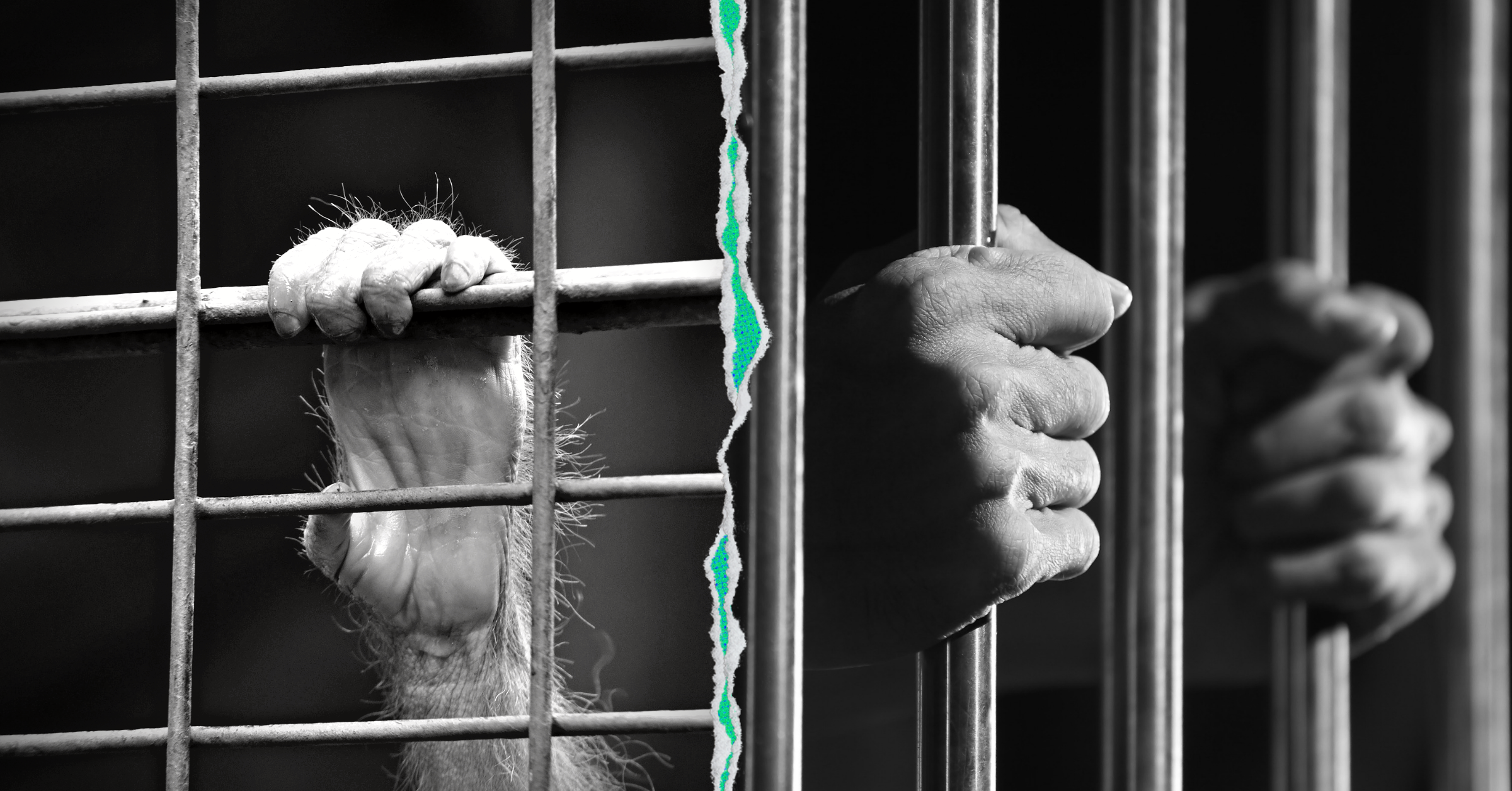 No, We Shouldn’t Subject Convicted Criminals to Experiments

Animal experimentation is wrong for so many reasons.

Researchers force unwilling animals into unimaginable circumstances. The animals subsist in unnatural environments. They’re forced to endure cruel experiments to satisfy human curiosity. They’re commonly mistreated, neglected, and abused. And worst of all? Their suffering is for almost nothing. Animals’ biology doesn’t match humans’ biology, and animal experiment findings are very unlikely to unearth cures, medicines, and other therapies suitable to help or fix human maladies.

You often hear us touting a shift in science to “human-relevant” research. And, yes, using donated or lab-grown human tissues, human volunteers in clinical trials, and countless modern technologies are sure to fuel faster, more efficient discoveries of biomedical therapies that will help people—all while saving animals from undue harm in laboratories.

We wholeheartedly disagree with this tactic. Below are three reasons why testing on human prisoners will never be the answer to ending animal research.

Experimenting on unwilling participants—human or non-human—is unethical, no matter what.

Just as any non-human animal should not be forced to endure an experiment, any person should not. We believe in the importance of consent: Human subjects must be willing volunteers for scientific experiments, studies, and trials. It’s as simple as that.

Forcing people into scientific testing is against the law, and for good reason.

We don’t have to look back very far into world history to see monstrous experiments that have been inflicted upon people against their will. During World War II, Nazi experimenters brutalized at least seven thousand human victims, among them Jews, Poles, Roma, political prisoners, Soviet prisoners of war, homosexuals, and Catholic priests who had been taken into custody. In the 1950s and 60s, the U.S. Central Intelligence Agency (CIA) designed and began Project MKUltra, an illegal human experimentation program that studied mind control and psychological torture on unconsenting human subjects. There are countless other examples of unethical human experimentation—from gynecological experiments on enslaved women, to radiation studies on mentally disabled children, to purposeful malaria infections of prisoners, and more.

The Eighth Amendment to the U.S. Constitution declares “cruel and unusual punishments [shall not be] inflicted” on convicted criminals. Knowing what we do about the history of illegal human experimentation, plus what we are constantly uncovering about experiments on animals, subjecting convicted criminals to forced experimentation would certainly fall into the “cruel and unusual” kind of punishment. No one deserves to endure such brutality.

Testing on convicted criminals would unfairly target disenfranchised groups in the United States.

Copious evidence illustrates rampant racism in the American criminal justice system. From policing and profiling, to juries and jury selection, to judges and sentencing, the data shows again and again systemic biases that produce racially disparate outcomes. To experiment on unwilling prisoners in the U.S. would unjustifiably earmark our nation’s BIPOC community.

If you didn’t already agree with us, we’re sure by now you do: Experimenting on unconsenting subjects—whether human or non-human—will never be okay.

Shifting harm, as opposed to avoiding harm, is never the answer. Human-relevant science is of utmost importance in unearthing discoveries that will improve human health, but never on unconsenting subjects of any species.

Want to do something right now to help animals in labs? You can visit our Action Center to raise your voice for animals, without even leaving your seat. Visit riseforanimals.org/advocate.