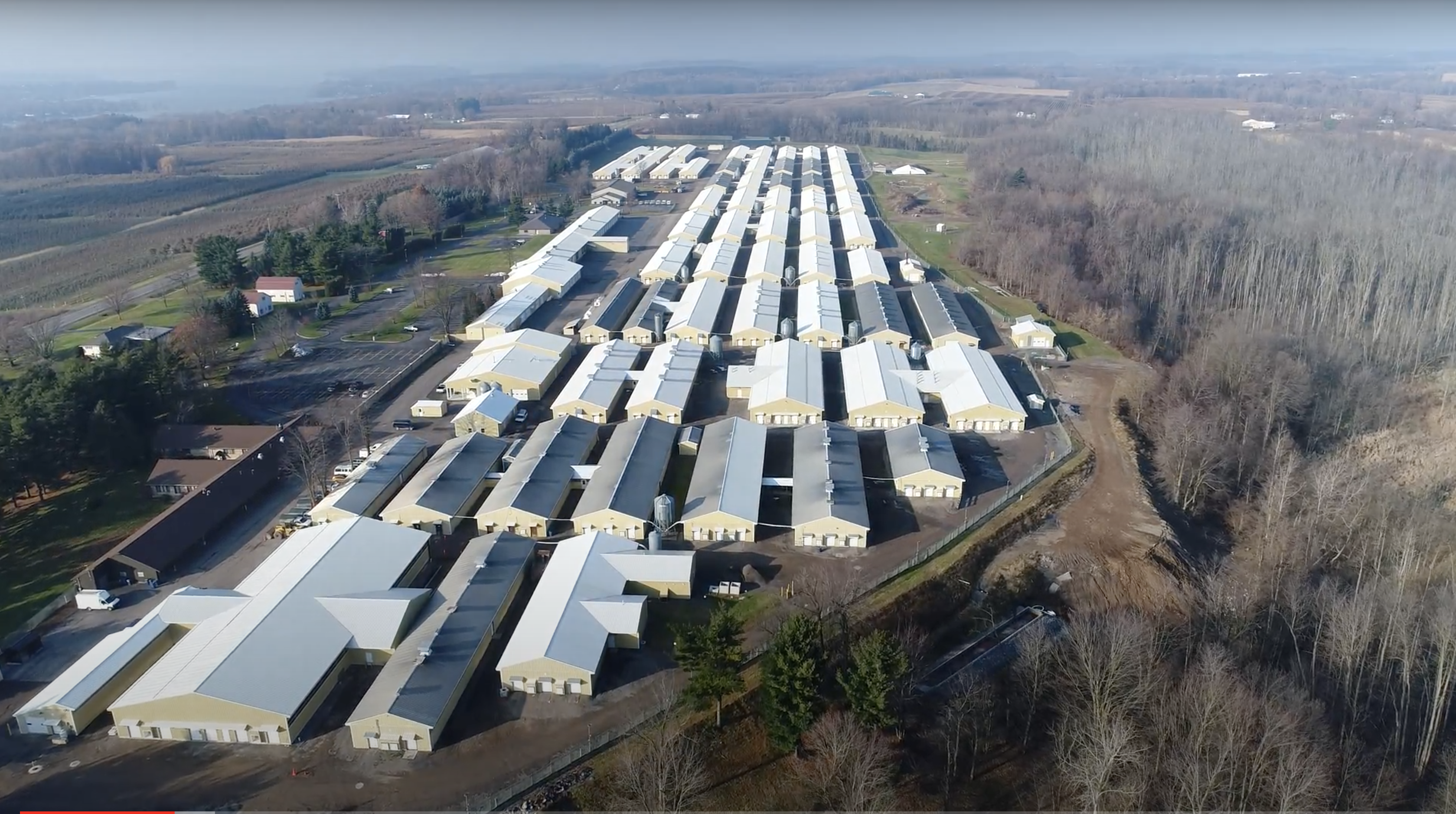 Our drone operator took the image at the top of this page from the sky above Marshall BioResources—a mega-breeder of animals subjected to unthinkably cruel experiments. Row after row of windowless structures full of animals—most likely stacked on top of each other—destined for testing in labs. Animals like dogs, cats, minipigs (a crossbred pig specifically bred for research), rats, mice, and ferrets.

Our most recent information on the Marshall BioResources facility reports thousands of animals awaiting their fate—including 23,000 dogs! They’re bred to satisfy an antiquated system of animal torture that doesn’t benefit human health. When over 95% of “successful” animal tests end up failing in human trials, there’s no other conclusion to be made: animal testing does not work.

When asked, the majority of American adults say they oppose animal testing. People have had enough of their tax-dollars propping up a system of torture and waste. Our government hands out billions of our tax-dollars to fund research while mega-breeders for labs like Marshall BioResources reap the benefits. Cutting off the supply of animals to laboratories is another tool in the toolkit to end animal testing.

The days of calling animal cruelty science are coming to an end but we can’t stop now. Taking on big government and huge corporations to save animals is going to take all of us to join this fight. Are you in?

With your help we’ll continue to fight for all the animals bred for torture in labs.