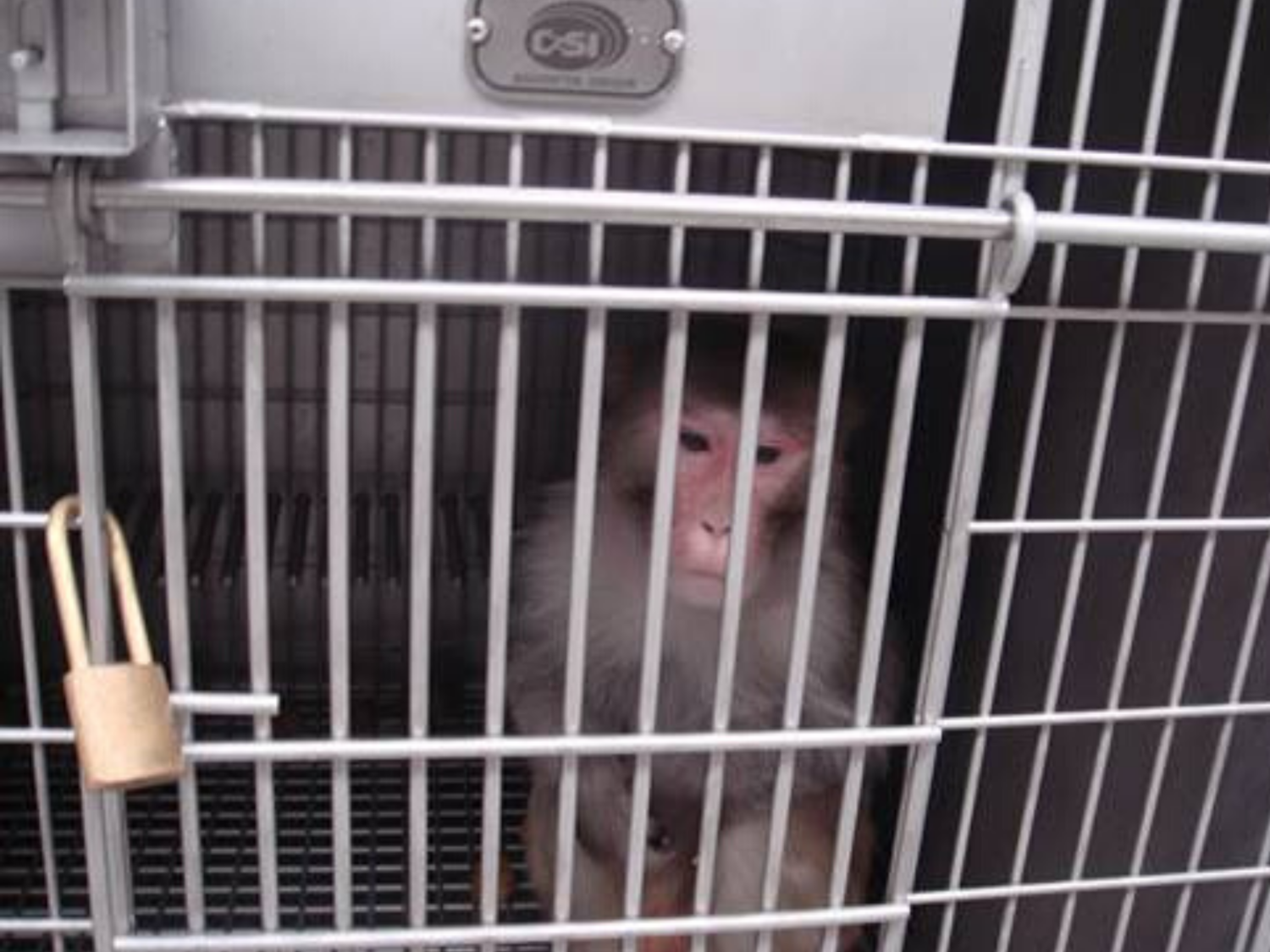 This is Loverboy, a melancholy rhesus monkey I met while working inside of an animal research facility.

The highlight of my day was getting to see him. As you can imagine, Loverboy was named after his gentle demeanor and compassionate touch. Every day, he greeted me with eagerness, reaching his hand out for mine and craving companionship—something so many of us can relate to now.

Painted white cinder blocks enclosed his room and metal walls confined him even more. The cold grated flooring beneath him dug into his soft yet calloused feet. The floor space in his cage was smaller than my coffee table at home. In this space Loverboy lived, alone.

One day, I was performing my regular rounds and I noticed that Loverboy wasn’t eating. I brought him bananas, apples, and peanuts. Everything I could find that would be more enticing than his standard dry monkey chow diet. Still—he wouldn’t eat. I sat down on the floor to be at his level. While the cold cement pierced through my blue scrubs, I rested my hands on the bars as my eyes sighed with his. What’s wrong, Loverboy?

He stared at the floor as he sat cross-legged with his hands folded together in his lap. His somber look was a constant. I grabbed a handful of miniature marshmallows and reached into his cage, holding them out for him. He scooted himself closer and gently cupped one hand under mine while meticulously picking out the marshmallows one at a time. Soon we sat in a tangled mess of limbs.

It didn’t take me long to realize that Loverboy’s desire for connection, even a few minutes in between bars, was so intense that he purposely stopped eating. He made this choice. So every day, I would sit next to him for as long as I could and he’d hold one of my hands with his while slowly picking the food out of my other hand.

He would only eat while we held hands and this left me with an aching feeling that will never go away. I wished I could have given him more. More time, more closeness, more love. It’s all he wanted.

Now you can show him love with your donation to free animals today.

There are millions of animals just like Loverboy locked inside windowless buildings and trapped behind metal bars who don’t ever get to hold anyone’s hand. Who don’t get to feel the warmth of the sun on their skin, soft grass under their feet, and something most us take for granted, freedom. For their sake, please honor them with your donation today. Tell animals like Loverboy, “I refuse to turn my back on you.”