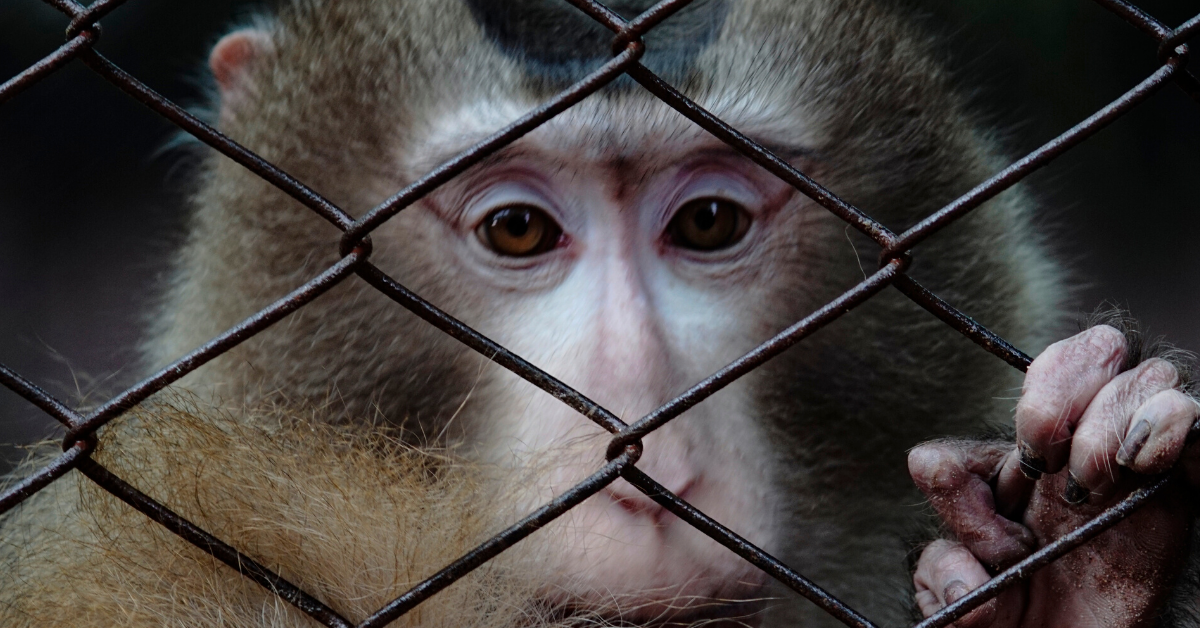 Business as usual at Southern Research Institute is animal cruelty. Our records go back to 2015 when 30 ferrets were used in an inhuman flu experiment. These animals had fevers, difficulty breathing, and nasal congestion, and were not given pain medication. Experimenters also exposed 36 minks to a type of coronavirus, and withheld all pain medication.

That same year, 16 squirrel monkeys were given a “neurotoxin for the purpose of creating an animal model of a central nervous system movement disorder . . .” Their brains were poisoned to see how the toxin affects bodily movement. These primates didn’t get pain medication and were used as equipment to study neurological disorders.

18 rabbits were exposed to anthrax and were not given any pain medication. Anthrax causes fever, chills, dizziness, vomiting, and chest pains, which these rabbits certainly experienced. The experimenters justified withholding pain management because they said it would interfere with the study. This experiment’s end point was euthanasia—the only relief these rabbits received was being killed after being tortured with anthrax. However, some of the rabbits likely died before they could be euthanized. The lab said they might die “between observation periods or overnight,” meaning some of the rabbits probably died by anthrax poisoning, without even an aspirin to make it less horrible.

In 2018–2019, this lab tortured 79 rhesus macaques by subjecting them to whole body radiation. The primates were used to test antibiotics after they developed skin infections caused by radiation. This experiment was done as part of a broader test regarding the effects of “dirty” bombs or nuclear accidents. When exposing an individual to radiation, there is no way around the inherent suffering. That’s why NEAVS contacted the CEO and asked Southern Research Institute to immediately stop these cruel experiments and to discontinue this cruel torture.

You and I know that solving the world’s hardest problems doesn’t need to include animal torture. Southern Research Institute has spent years torturing animals and justifying not managing their pain. It’s time this cruelty ends and with your help, we’ll keep fighting until this lab has no animals.

Let’s do the work to stop this cruelty. Tell Southern Research Institute to stop their cruel and inhumane animal experiments today.