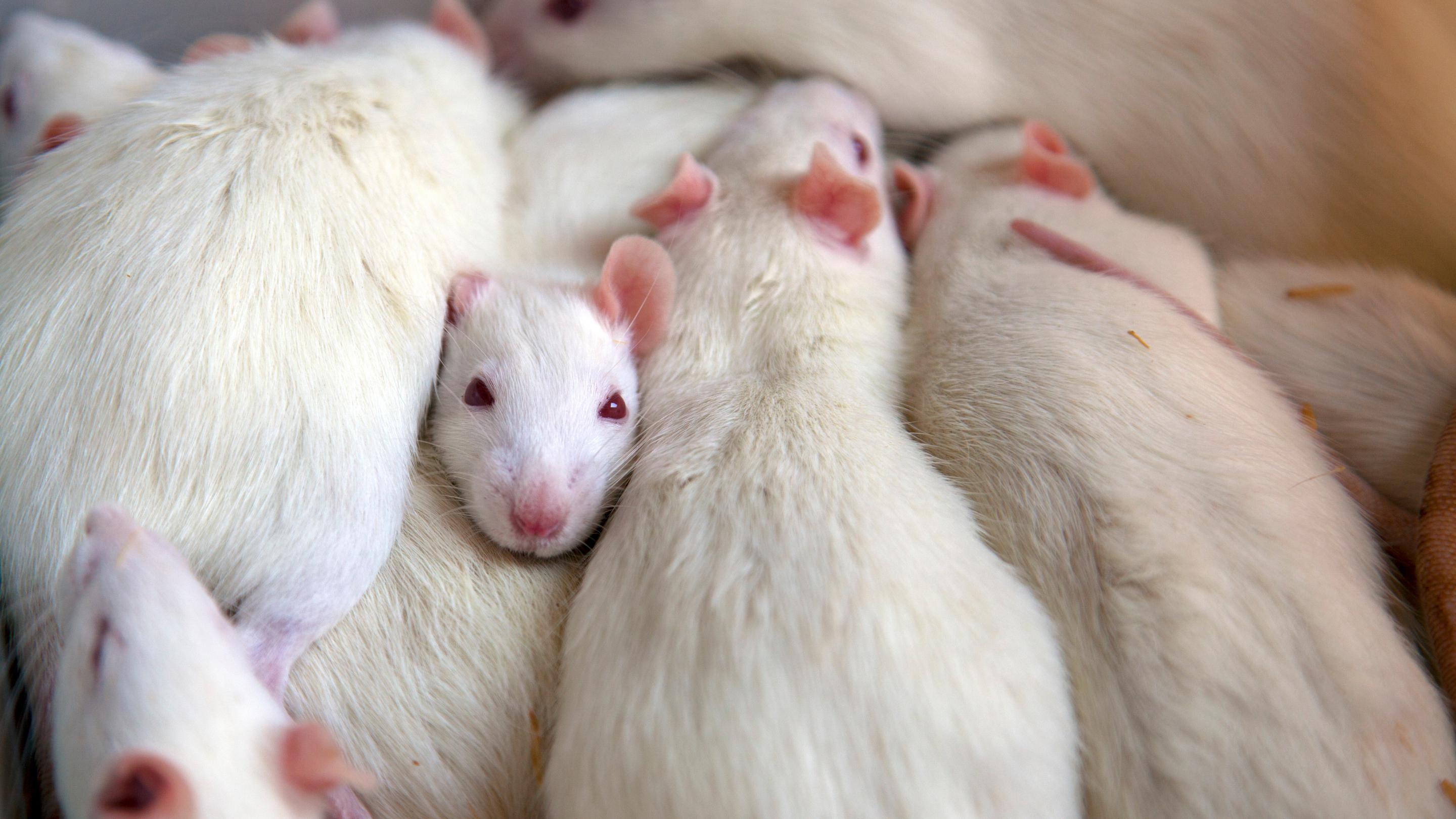 Lab Hangs Animals by Their Tails for Cruel Experiments

I’ve had companion mice and rats for almost my entire life. When I was young, my parents wanted to instill in me an undying love for animals, and they deemed rodents to be the most appropriate to start with. Clearly, considering I’m an animal rights attorney, that tactic worked.

Because I’ve always cared for rodents, I’m familiar with how they feel based on things happening in their lives. That’s why reading that Brookhaven National Lab (Brookhaven), part of the U.S. Department of Energy, suspends rodents by their tails for experiments jolted me.

According to a document we uncovered, to prepare rodents for cruel irradiation experiments, Brookhaven hangs the small animals by their tails for extended periods of time. The document states that “[a]nimals generally acclimate within three to five days for both the tail and body suspension protocols.” It states further that “[t]ail suspension animals are monitored at least twice a day for signs of stress.”

It’s concerning that Brookhaven monitors the small creatures a couple times a day looking for stress, because it’s obvious this treatment is stressful.

I learned from a young age to never pick a mouse or rat up by the tail—it’s not only stressful, it’s also painful and can result in tail and spinal injuries.

Yet, Brookhaven seems to ignore that fact and lists ways to determine when hanging animals by their tails has caused stress.

“Weight loss, general appearance and activity levels” are used as indicators to measure stress. However, weight loss up to 15% of the animal’s body weight, in response to being strung up by the tail for prolonged periods of time, is deemed acceptable. If the animals lose more than 15% of their body weight, the experimenters kill them. If they move around less, or fight with their cage mates, or have “altered behavior,” because of being hung by their tails, they’re killed.

These animals undergo this torture to prepare them to be forced into restraints for exposure to radiation. The tail hanging preparation lasts for three to five days—likely for long periods of time—before these animals must endure radiation exposure. This experiment ultimately causes respiratory issues for the animals and they have no escape.

Because Brookhaven is part of the Department of Energy, this experiment is actually being directly funded by taxpayer dollars and is being done in taxpayers’ names.

It’s hard to imagine that something as painful and stressful as being hung by the tail would not result in “altered behavior” and less physical activity. That’s why we wrote to Brookhaven and asked them to stop this experiment—it’s inherently stressful and no amount of monitoring can change that. The only way to alleviate this animal suffering is to end this practice.

These mice need your help.

Please take one minute to demand an end to these cruel experiments where mice are hung by their tails.