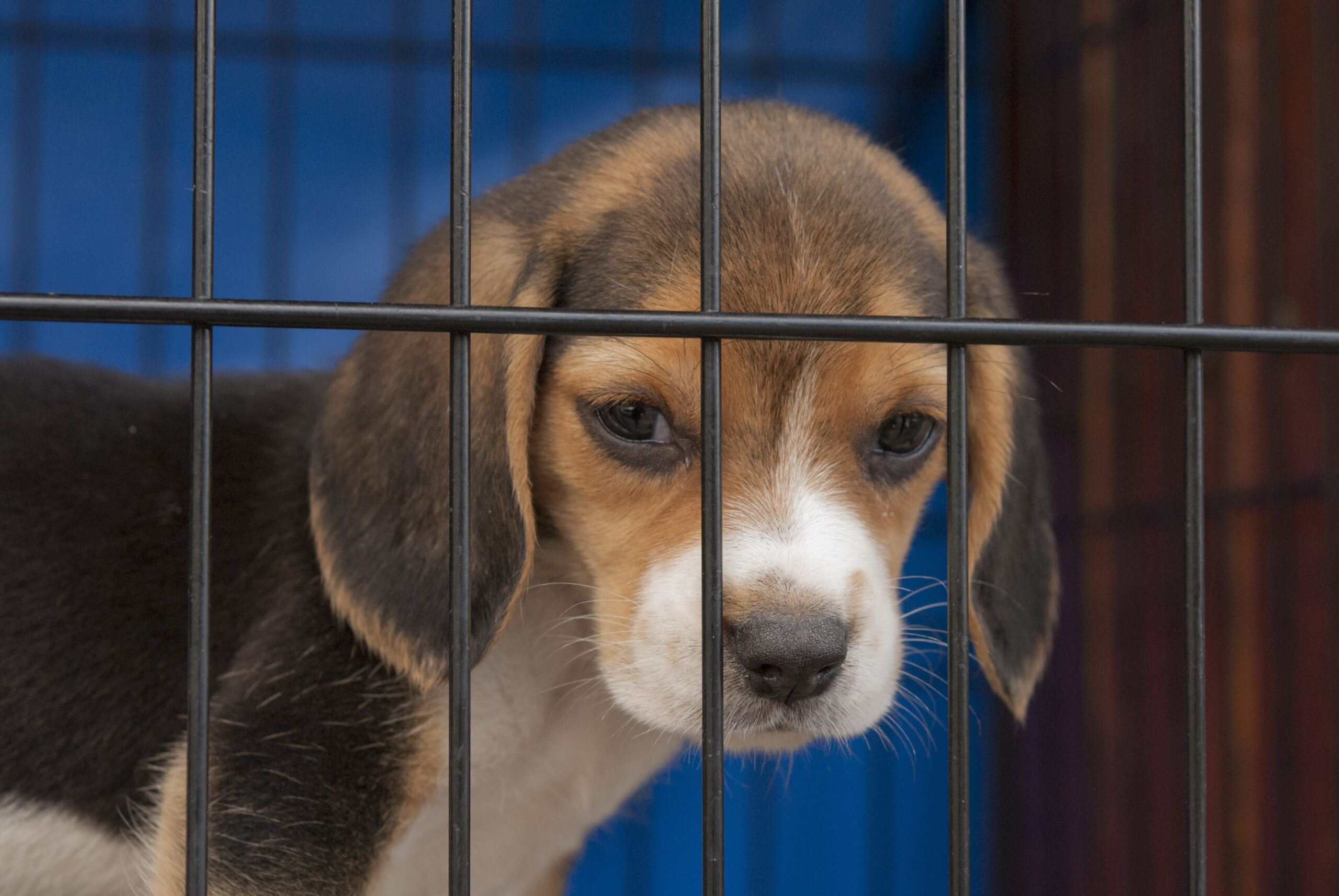 It's a Puppy Mill. It's a Factory Farm.

If you’ve been following us, you know that dogs, cats, monkeys, and other animals are kept inside windowless laboratories where they are the victims of extreme animal abuse. But did you know the cruelty of animal testing starts before these animals even arrive at the laboratory? I’m referring to the for-profit breeding facilities into which the animals were born.

It’s a secretive, big business. And I think you will be shocked at what we found.

Some animals, including dogs and cats, are born in sheds that look like factory farms. Marshall BioResources, Envigo, Covance Research Products, Charles River, and Ridglan Farms together breed tens of thousands of dogs, mostly beagles, inside barren cages in industrial sheds.

Inspections of these puppy mills have often turned up heartbreaking findings:

“A number of adult dogs in the facility were displaying prominent stereotypical behaviors; such as circling, pacing, and wall bouncing.”
—State inspection of Ridglan Farms

“An adult female beagle was noted to have a small-orange-sized (6 cm x 8 cm) mass involving the last gland of the left mammary chain… There were insects and/or insect larvae found in the feed in all of the buildings.”
—USDA inspection of Covance Research Products

“During the inspection, the dog in 27-119 was noted to be lame on the LR leg, having what appeared to be an inflamed interdigital cyst.”
—USDA inspection of Marshall BioResources

Many of the dogs inside these hellish puppy mills will never get to experience the warmth of the sun on their backs until the day they are loaded into a shipping truck on their way to a new cage—inside a laboratory. There, they will be victims of unimaginable pain and suffering. Experimenters will force feed them toxic chemicals, severe their spinal nerves, amputate their limbs, or subject them to countless other cruel experiments happening to approximately 59,000 dogs in the United States every year.

Ripped from the Wild

For some experiments, animals are stolen right from the wild—torn away from their families, their communities, their homes. Monkeys, birds, frogs, salamanders, bats, mice, and other animals are all potential victims.

Monkeys in several countries around the globe are captured and thrown into monkey farms, where they are often used to breed more monkeys to sell to labs. Oftentimes, the capturers kill mother monkeys so that they can capture their babies to use them for breeding. These monkeys are boxed up and shipped to laboratories around the world.

Like much of the cruelty in the world, capturing or breeding animals for use in painful experiments is big business. In one contract alone, the Cleveland V.A. Medical Center paid nearly $43,000 to Marshall BioResources for 21 dogs. Marshall BioResources recently bought out Liberty Research, a smaller breeder of primarily cats that ships to laboratories and also contracts with companies to do the experiments on the animals themselves. NEAVS recently obtained documents that show in 2017, Liberty’s last full year of business, the company made the bulk of their money, nearly $3.5 million, from selling dogs and cats to laboratories.

The USDA recently busted University of Texas staff for failing to keep any records regarding the source of the dogs they’re using in experiments. Were their dogs simply taken from a shelter? There’s no way to know.

Although Annual Reports required by the United States Department of Agriculture’s Animal and Plant Health Inspection Service (USDA-APHIS) make it sound like all animals bred to be used in experiments must be accounted for,  breeders like Marshall BioResources and Primate Products try to fly under the radar by exploit flaws in the disclosure law to avoid revealing their inventory numbers.

Here’s how they effectively fly under the radar:

While Marshall BioResources fills out their federally-required APHIS Annual Report, they list zero animals in Column B, which is supposed to document the “number of animals being bred, conditioned, or held for use in teaching, testing, experiments, research, or surgery but not yet used for such purposes.”

However, Marshall does have periodic USDA inspections under their breeder license, which reveals a small window into the size of their operations. At their most recent inspection on July 9, 2019, the APHIS inspector saw more than 23,354 dogs, 41,688 ferrets, and 2,380 pigs. That was one day alone. Even that report is challenging to find, as Marshall has managed to convince the USDA to redact their name.

The story is similar for Primate Products, a notorious company that imports, warehouses, and sells primates to laboratories that use them in invasive experiments. Like Marshall BioResources, Primate Products stopped accurately showing how many primates they’re holding in their APHIS Annual Reports, and they hide behind redactions in their official inspection reports.

Industries that hurt animals rely on sneaky tactics to keep people in the dark about the suffering behind closed doors. The first step in advocating for the millions of dogs, monkeys, cats, and all animals slated to become the next lab equipment is to speak truth to power.