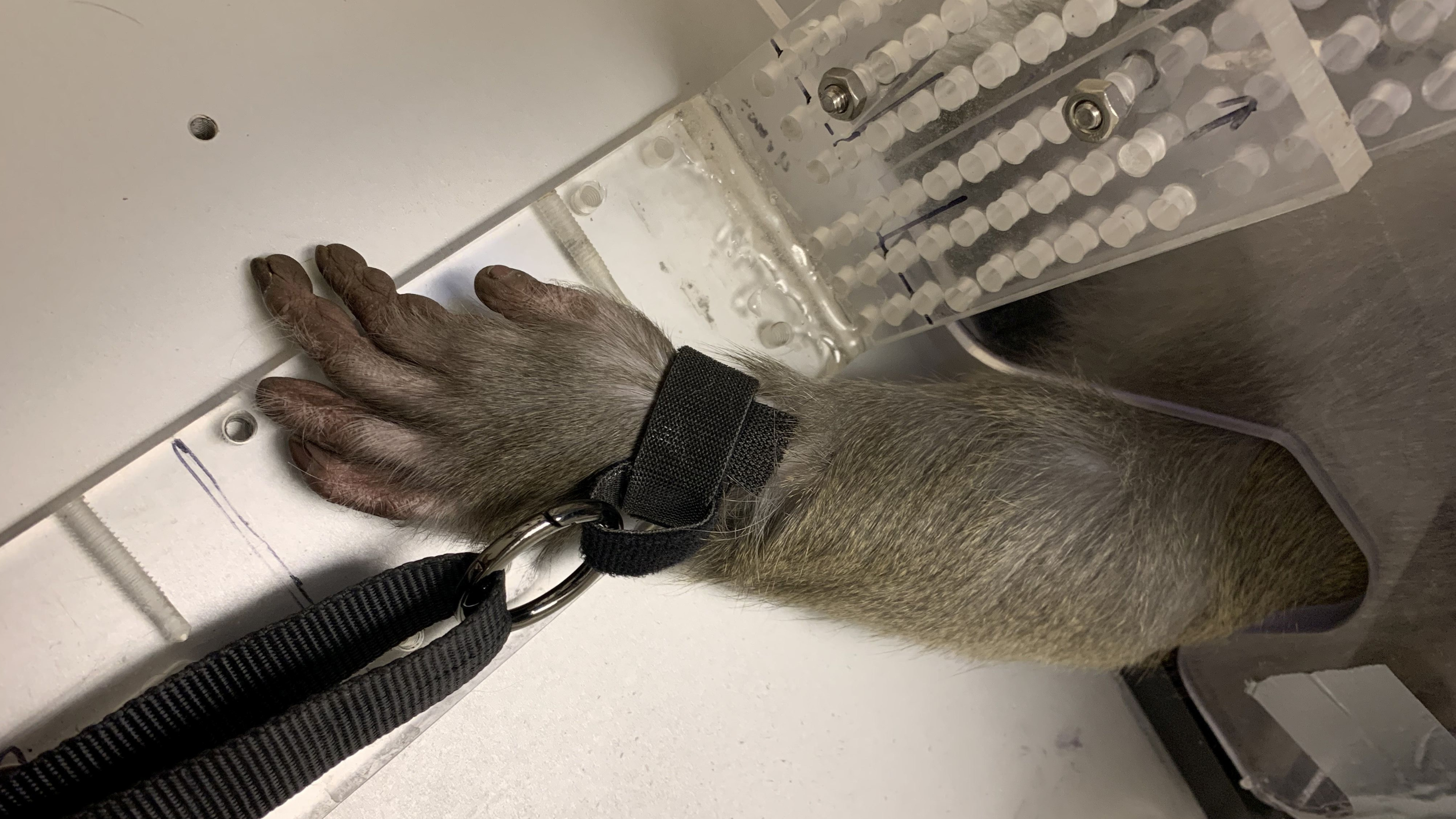 Monkeys and humans are surprisingly alike.

We both care about our friends. We share a sense of adventure. We reach out our hands to explore the world around us—to play, to figure things out, to hug our kids. We can learn a lot about ourselves from a better understanding of monkeys… but not in a laboratory.

It’s not just that animal testing doesn’t work. (It doesn’t—95% of drugs that appear safe and effective in animals fail in human clinical trials). Our movement is fueled by compassionate humans like you who know torture when you see it.

I know it’s hard to look at these images. My heart breaks when I see what this monkey endures.

The metal bar tight around his neck.

Tattooed numbers of a prisoner—“090235”—inked beneath the soft, pale fur on his chest.

His arm tied down. Wetness pooling beneath his eyes.

The photos don’t even show the worst parts of this experiment. Our research team uncovered the truth. We got our hands on Arizona State University documents that reveal years of non-stop cruelty and bad science.

HERE’S WHAT THEY’RE DOING TO THIS MONKEY

For this experiment, Arizona State University received nearly $1.3 million from the National Science Foundation, an agency of the federal government. Here’s what they’re doing with your tax dollars to a monkey like “090235”:

They cut him open and implant electrodes in his brain. They drill holes into his skull to mount metal posts and what’s called a “halo.”

“The head holder consists of a halo that is securely attached to the [monkey] chair. Attachment of the animal to the halo is accomplished by means of three posts which protrude through the skin. These posts are mounted on pedestals which are attached to the animal’s skull with bone screws.”
—From university documents obtained by Rise for Animals

It’s like a torture device that forces this poor monkey to look straight ahead at the humans who hurt him.

Researchers withhold water from the monkey to get him to do what they want. It’s forced dehydration. It’s torture.

“Animals are water regulated and perform tasks for fluid reward. At the end of each successful trial, the apparatus delivers a drop of fluid to the animal.” —From university documents obtained by Rise for Animals

How long could you survive this abuse?

Monkeys used in this experiment are tortured for up to six hours a day, seven days a week, for years.

You can help stop this brutality now.

Your action today will send a powerful message to “Monkey 090235” and other helpless animals trapped in laboratories: I will help you. You don’t deserve this.

Because all that makes us human—our courage, curiosity, intelligence, strong friendships, affection for our family, and our compassion for one another—monkeys feel too.

We count on animal lovers like you to help us free animals like “Monkey 090235” before their time runs out. Please make your tax-deductible donation now.