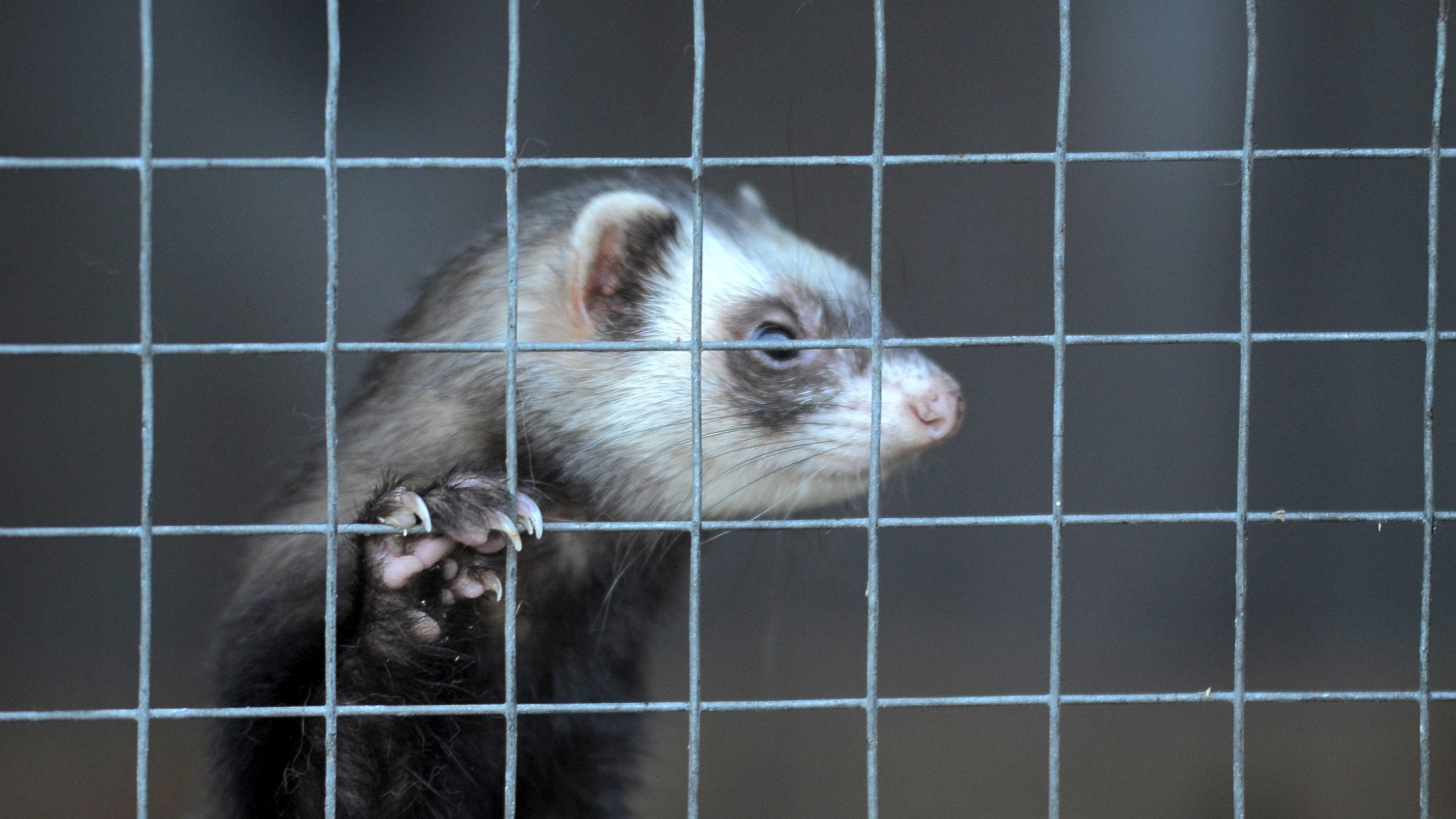 Ferrets Can Barely Move at the University of Georgia

The University of Georgia is studying the flu, using one of the most common animals used in flu studies—the ferret. They keep ferrets in cages so small, they can’t even stand up. We asked them to end this cruel practice. Read further to see how you can help.

Ferrets are a go-to animal for flu experiments. That’s because they can contract the flu from humans and have the same symptoms as humans. You’ve probably had the flu, so you’re familiar with the misery of the chills, fever, headache, congestion, and body aches associated with it. Think back to the last time you had the flu. Now imagine that on top of those uncomfortable symptoms, you were restrained in a container that you could barely fit in.

That’s what’s happening at the University of Georgia. And the reason for these cramped enclosures? Does it mean more accurate results for their experimentation? Of course not. They do it because they’re made out of plastic, and weigh less than larger metal cages that allow ferrets to move. It’s more convenient for lab personnel to put ferrets in these small, plastic enclosures. Even though the ferrets suffer more.

These ferrets suffer because it’s more convenient for the people torturing them.

Further, the small, plastic containers allow more light into the enclosure, so the ferrets can be easily watched. Again, this is for the convenience of the experimenters, not the ferrets. The experimenters force the ferrets into these tiny boxes for two periods: one for 23 days, the other for 17. They are unable to move around, let alone stand up, for 40 days, total.

In November 2019, 458 ferrets were subjected to this cramped, uncomfortable, scary living situation for a flu experiment at the University of Georgia.

The reason I decided to dedicate my life and career to animal protection is because I fell in love with ferrets. Uncovering what happens to them in labs breaks my heart—it’s so clear that these animals’ basic needs aren’t met. Ferrets sleep about 20 hours a day, but they like to stretch out and roll around. They like to sleep in dark, cozy places. When they’re not asleep, they run around and jump and prance. They love to dig, steal things, and climb as high as possible (for mine, that’s the back of the couch).

To think that the University of Georgia restricts ferrets, in bright enclosures, while infecting them with the flu demonstrates how cruel these experiments are. It also shows how selfish the experimenters are. They’d rather let ferrets not stand up for 40 days because it makes their jobs easier.

We recently wrote this letter to the University of Georgia. We asked them to stop this cruel practice and to allow ferrets to at least have full range of motion. Now we need your help.

You can tell the University of Georgia what you think of their ferret torture.

Please take a moment to ask the University of Georgia to end these cruel tests. Thank you.