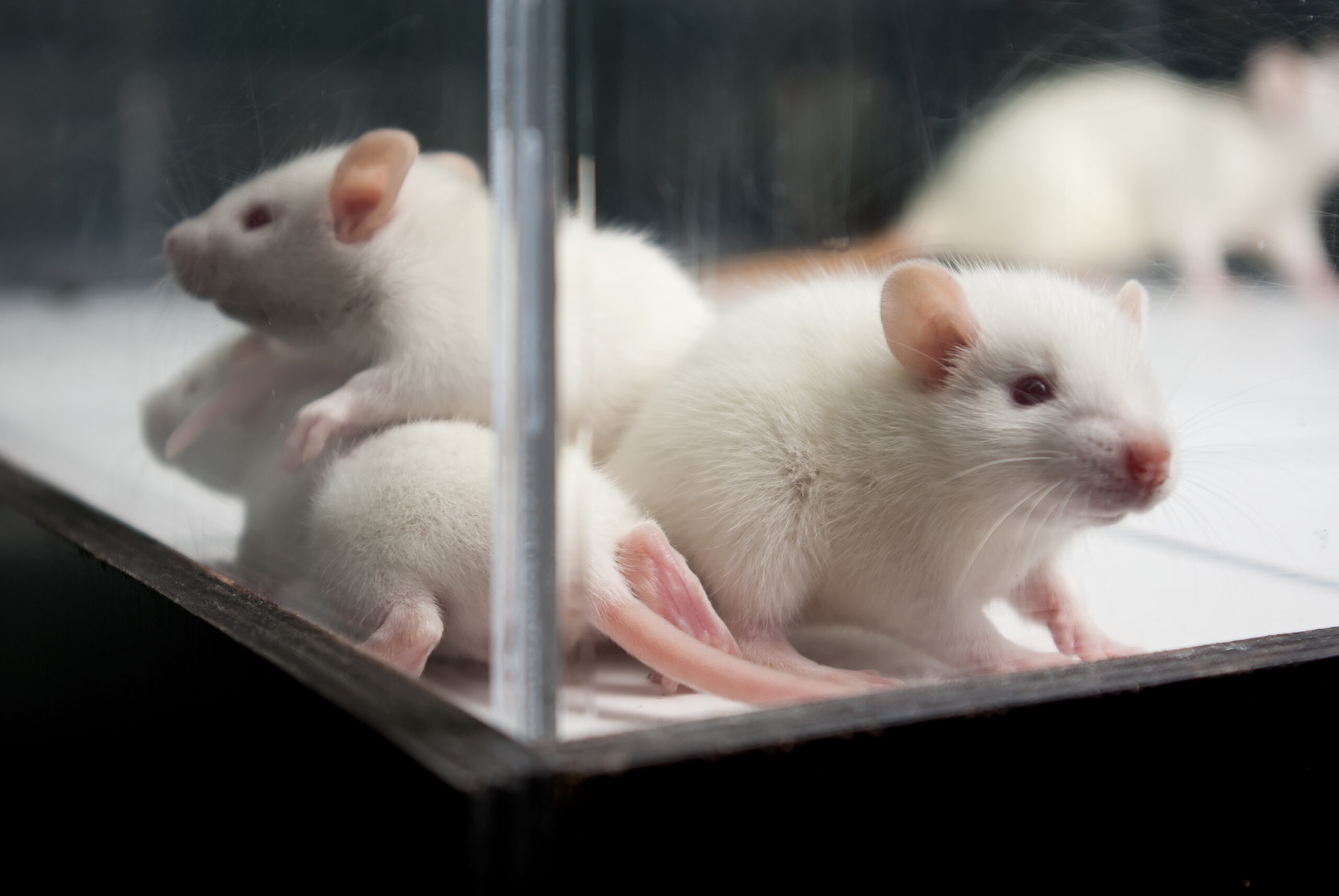 A harrowing new story of a surgical experiment shows how little experimenters care about animals—again. You can shut them down.

Rise for Animals recently uncovered this harrowing story inside a laboratory at Louisiana State University. I’ve thought about the poor mice that were tortured there every day since I read the documents that we obtained. I can’t imagine the horror of having my legs cut open and clumsily stitched up under the light of a cell phone. I can’t imagine the pain, without any medicine to help. I can’t imagine the struggle of dragging my body to reach water.

As you read the details of what our research team exposed, you’ll think you surely must be reaching the end. But the horrors done to innocent animals keep going. The experiment was a bone graft surgery on one hind leg on each of ten mice. The experimenter didn’t start the surgeries until the afternoon, so he rushed to finish that same day. His complete disregard for animals is shocking:

Instead of doing surgery on one hind leg, he cut into both hind legs of several mice. Not only is this twice the trauma, it can make it impossible for the mice to reach food or water.

To make matters worse, he didn’t even give the mice pain medication (as required). Upon review, the veterinarian reported: “There is a complete disregard for animal welfare and humane treatment in evidence here: the mice are crippled, some can’t bend their legs at all and drag them, yet no analgesics given.”

When it got late, the lights in the room automatically turned off. The experimenter didn’t know how to turn them back on. With four mice left in his queue, the experimenter decided to do the surgeries anyway—by the light of his cell phone.

When the veterinary technician came in the next day, they saw that the stitches in the mice had burst open. This caused contamination in the open cuts from the bedding in the cage. Staff euthanized one mouse immediately, and euthanized the remaining nine mice two weeks later.

As a NEAVS supporter, you know this is wasteful and unreliable “science.” And you’re not alone—even the lab veterinarian understood this, stating, “Performing nine mouse surgeries at one time by one individual indicates there was very little thought to proper surgical technique in the interest of speed.”

So, what happens to an experimenter after demonstrating blatant disregard for animals?

Louisiana State University’s answer is to allow the experimenter to stay. All they required were a couple of trainings and a bit more supervision.

But I’m not satisfied with that answer. Are you?