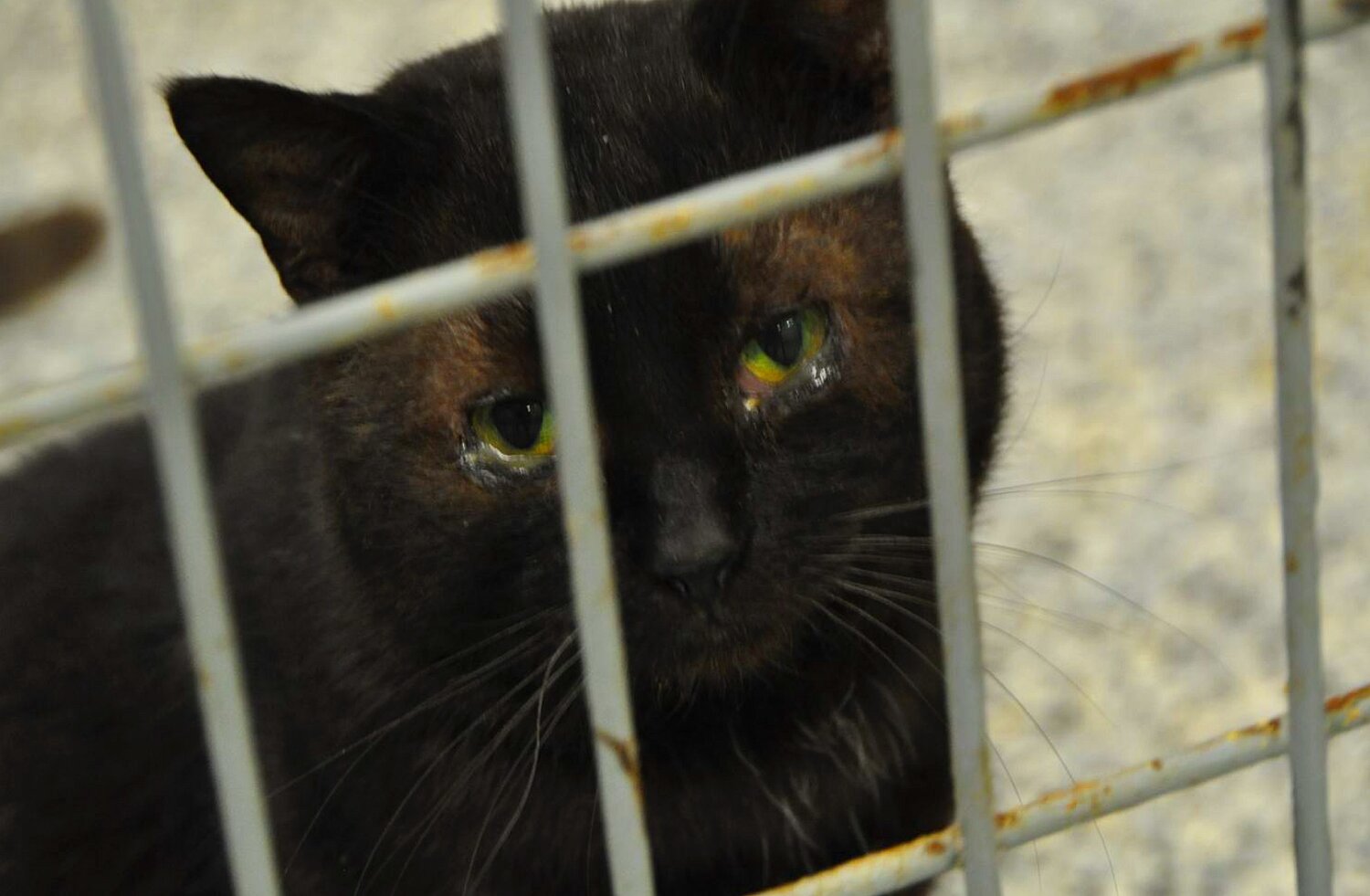 "Cry Baby" the Cat Needs You

Stop the cruel neglect of animals at this notorious Oklahoma facility

The heartless treatment of one small cat is just the tip of the iceberg. Riner and Associates has been hurting animals for years. You can shut them down.

When federal inspectors arrived at Riner and Associates, Inc., to check on the welfare of hundreds of animals held at the research facility, they didn’t expect to see piles of garbage in the outdoor dog run.

But that’s what you get from researchers who treat animals like trash—to be used and thrown away.

Inside the facility, government inspectors found inhumane treatment of animals (and it’s not the first time).

One inspector snapped photos of a small black cat with mucus coating both her eyes. Two things stood out—

What kind of person keeps an animal sick and mocks her symptoms?

“Cry Baby” belongs to a long list of innocent animals treated badly and without an ounce of compassion at this unsanitary and mismanaged facility.

Year after year, as the number of cats and dogs held in captivity at this Oklahoma facility add up… So do the stories of countless caring, thinking, feeling animals whose suffering go unchecked.

Like “Julio” the beagle, who was horribly thin when an inspector spotted his ribs, spine, and pelvis jutting out of his skin. “The dog had considerable muscle wasting throughout his body,” reported the inspector. Julio had received no treatment.

Like “Arthur” the cat, whose ears were filled with “black debris.” Arthur had received no treatment.

Like “Sophie” the cat, who is running out of time.

Last year, a USDA inspector found that Sophie was losing her hair. The inspector warned Riner and Associates, Inc., that its facility staff must note these kinds of “abnormal signs” and provide follow-up treatment. But since then, they’ve done nothing. Sophie’s condition has gotten even worse!

We recently got our hands on a new 2020 inspection report that shows Sophie has now lost nearly all of her hair—75% gone. And her bald skin is marked by scabbed legions.

It’s clear that warnings are not enough. Every second this facility remains open, an animal suffers. Here’s your chance to put your love for animals to work.

Turn your love into action for animals like “Cry Baby,” “Sophie,” “Arthur,” and “Julio” by supporting our programs across the country. Your generosity will help free innocent animals suffering in science experiments right now.