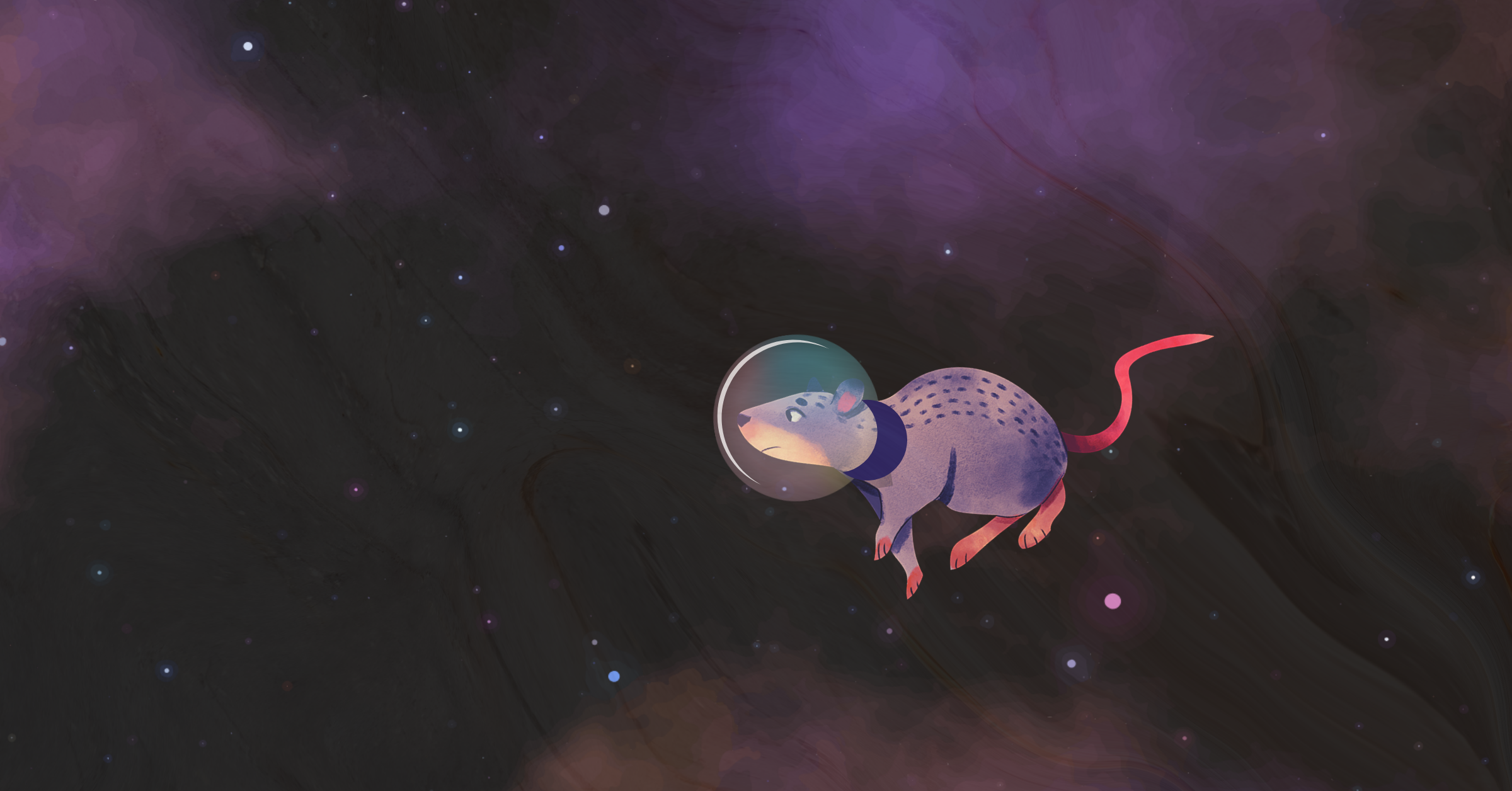 A Mouse in Space

As many of us struggle to adjust to long periods of confinement away from our loved ones, we can take cues from NASA astronauts like Anne McClain. She’s been sharing pro-tips from her out-of-this-world experience—surviving 204 days on the International Space Station between 2018 and 2019:

These skills, called “Expeditionary Behaviors,” were developed by the world’s first female Space Station Commander and a NASA psychologist. Now they’re part of everything NASA does.

“We’ll be successful in confinement if we are intentional about our actions and deliberate about caring for our teams,” says McClain. Astronauts know—without careful training and preparation, life alone in space can be torturous.

So how can we continue to launch helpless animals into space?

You may have heard stories of animals being sent into space in the past. What might shock you is that this still continues today.

The Dark, Twisted History of Animals in Space

Monkeys, stray dogs, cats, rabbits, and tortoises have all been sent into space. Most had electrodes implanted in their brains, were strapped down in retraining chairs, and sent into outer space for days, weeks, or months. Most of the animals that went into space did not return alive.

It’s tragic to think about the psychological impacts that space travel had on all of these animals. Humans can volunteer, train, and mentally prepare themselves for life in space. These animals were simply shot into space with no choice or awareness for what was happening to them.

As recently as December of 2018, over 40 mice were sent to space as part of a program run by researchers from the Jackson Laboratory, University of Connecticut Health, and Connecticut Children’s Medical Center.

These mice were kept in orbit for 30 days to study how their muscles and bones broke down.

It’s horrific. Each of these mice were born into life in a lab then were blasted into space, experiencing a feeling that is unlike anything they are evolutionarily adapted to handle.

And if they eventually returned to Earth, they were likely euthanized to have their bodies dissected.

For Us, Returning to Life on Earth Is Possible

Today, amidst the coronavirus pandemic, many of us can’t wait for our social isolation to end. We wonder, when will we be able to return to work? To see our friends and family again? While we wait for our freedom, there’s something we can do right now to help animals trapped in horrific experiments.

Take 1 minute to show the world I STILL CARE what happens to animals in labs.