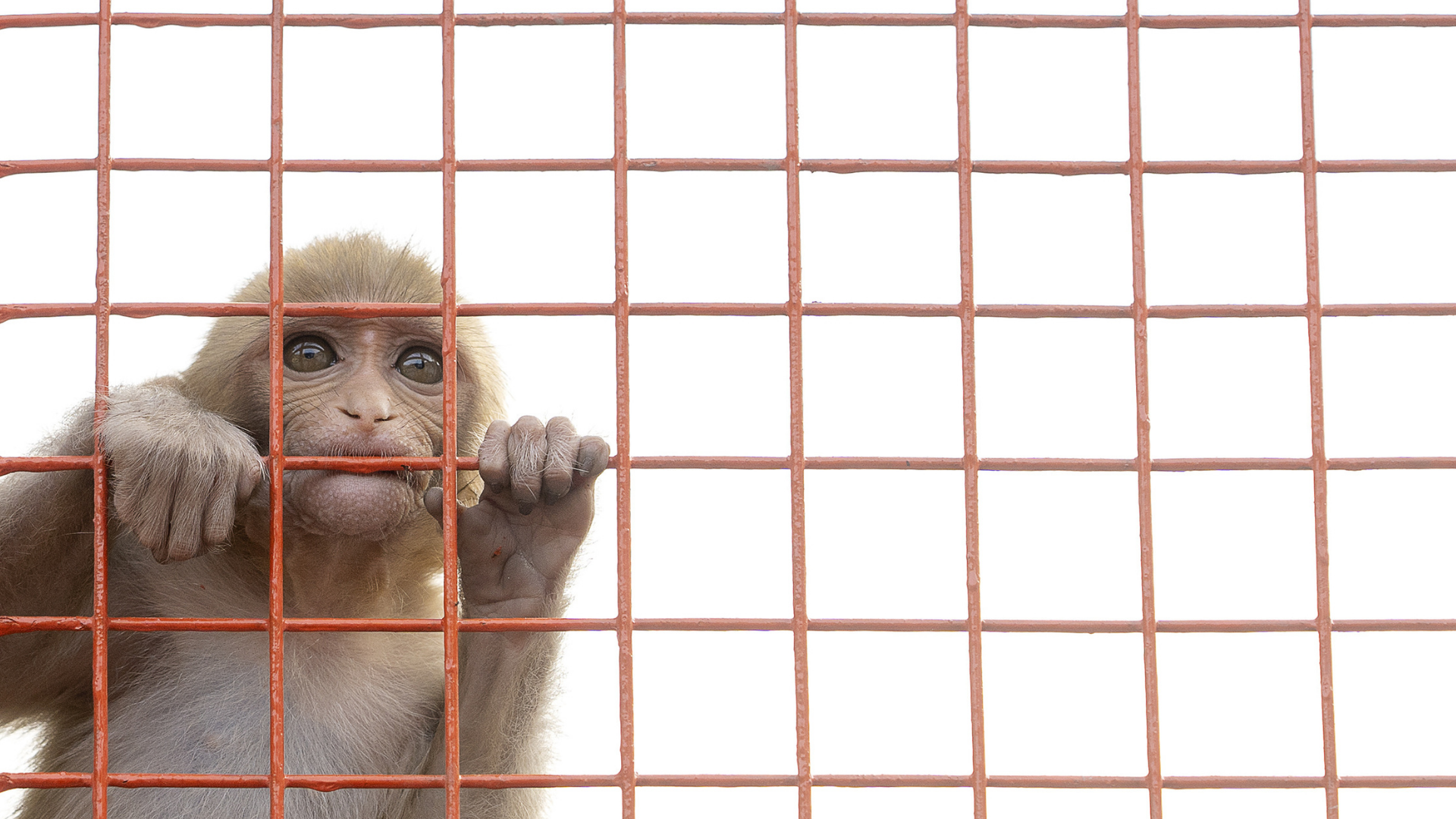 We just discovered that in 2018, animal experimenters at University of California, Davis (UC Davis) painted the mothers of 7 infant rhesus macaques with a dye. When the mothers were reunited with their infants, those infants died from exposure to the dye, which was poisonous to them. UC Davis attributes these untimely deaths to oversight.

In short, these babies were simply trying to nurse from their mothers, but the experimenters recklessly contaminated the mothers’ bodies with a poisonous dye. To be clear, this isn’t our speculation—everything we’re telling you comes from government documents we obtained via the Freedom of Information Act (FOIA).

Today we wrote a letter to the USDA’s Animal Care Division to ask that they levy a fine of $70,000 to UC-Davis for these violations. Under current law, the maximum fine per animal, per violation, is $10,000. Because 7 animals died, we’re multiplying that by 7 for a total of $70,000. Although a formal investigation is important, we see no justification to wait on the fine given that UC Davis has admitted these violations in writing.

No institution in this country should be allowed to repeatedly poison monkeys to death, and this isn’t even the first time UC Davis has heedlessly caused animal deaths. In 2005, UC Davis was fined for essentially cooking primates to death in a room so hot they died from heat exposure. Again, that was not part of an experiment—negligence and failure to follow protocol is the cause, as it is in the case we’re highlighting today.

Tell the USDA to enforce the current law and fine UC Davis $70,000 for these painful and unnecessary infant primate deaths. Staff negligence is no excuse for harming innocent animals.

Our ultimate goal is to shut down the lab at UC Davis. Your message to the USDA today will get us closer to ending the horrors at UC Davis once and for all.